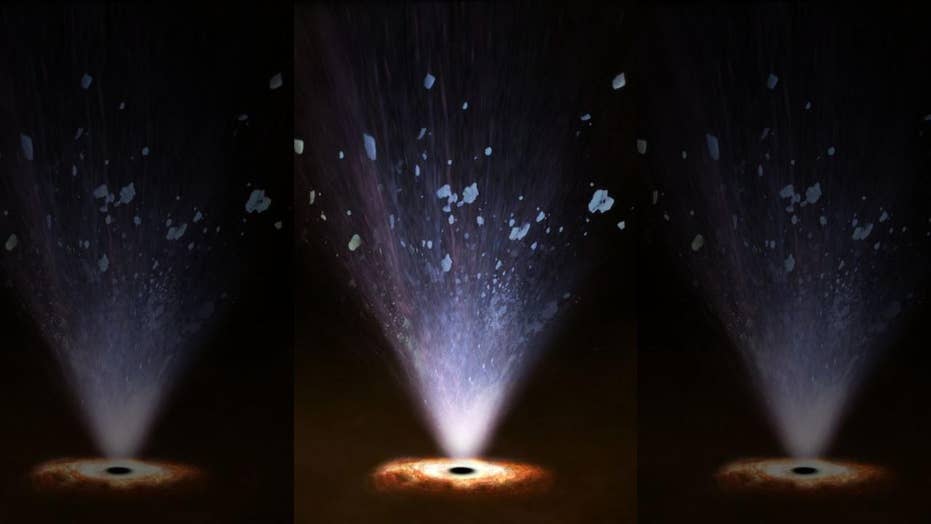 'UFOs' are coming out of black holes and altering galaxies forever

New discoveries lead scientists to believe 'UFOs' are coming out of black holes and altering galaxies.

Black holes are still a mysterious force of spacetime, with the first image of one having been released just a few short months ago. Now, a new study suggests that "UFOs" are coming out of them, helping to reshape galaxies along the way.

According to research published in Astronomy and Astrophysics, hot ionized gas — known as an ultra-fast outflow (UFO) — is flying out of supermassive black holes and could help explain why there is nearly empty darkness encompassing the center of several galaxies.

"These winds might explain some surprising correlations that scientists have known about for years but couldn't explain," said the study's lead author, Roberto Serafinelli, in a statement.

"For example, we see a correlation between the masses of supermassive black holes and the velocity dispersion of stars in the inner parts of their host galaxies," Serafinelli added. "But there is no way this could be due to the gravitational effect of the black hole. Our study, for the first time, shows how these black hole winds impact the galaxy on a larger scale, possibly providing the missing link."

The scientists were studying galaxy PG 1114+445, which is described as "active," where they were able to see the UFOs escaping, using the European Space Agency's X-ray Multi-Mirror Mission (XMM-Newton) telescope.

According to the researchers' data, the energy from the UFO is being transferred to other winds (such as "warm absorbers") near the black hole, causing these winds to move at incredible speeds.

A "warm absorber" is a slower moving outflow from the black hole, which often travels "at much lower speeds of hundreds of km/s and have similar physical characteristics – such as particle density and ionization – to the surrounding interstellar matter."

This type of UFO, known as entrained UFO, is rare, Serafinelli noted, adding it's only the sixth time it has ever been seen and the first time it was seen interacting with the other types of outflows.

"This is the sixth time these outflows have been detected. It's all very new science," Serafinelli continued. "These phases of the outflow have previously been observed separately but the connection between them wasn't clear up until now."

The discovery of UFOs and the three outflows together is exciting to researchers, but Norbert Schartel, XMM-Newton project scientist at ESA, wants to know whether this is a common occurrence in space or if it was a one-off event.

"Finding one source is great, but knowing that this phenomenon is common in the Universe would be a real breakthrough," said Schartel. "Even with XMM-Newton, we might be able to find more such sources in the next decade."