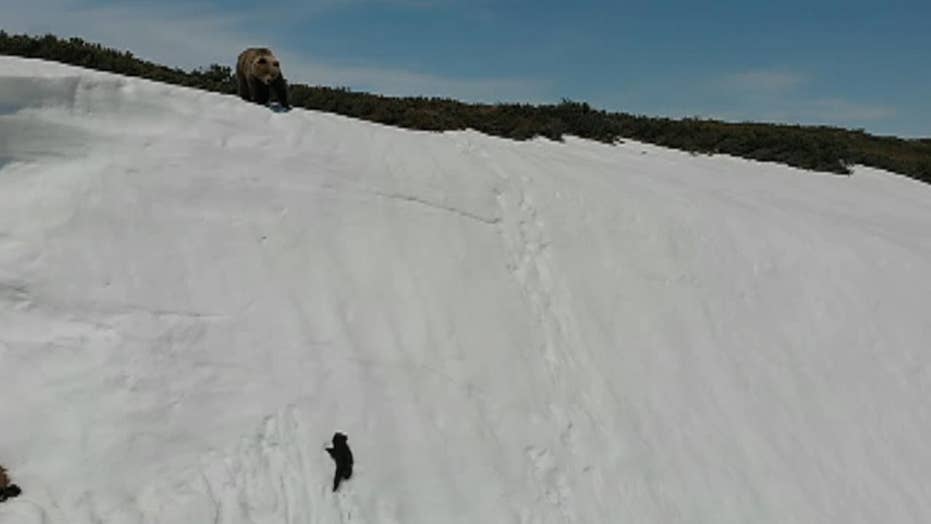 Bear cub falls down snowy mountainside, climbs back up

Raw video: Bear cub falls down snowy mountainside in Russia, climbs back up to its mother.

A viral video of a bear cub determined to follow its mother up a steep snowy mountainside has melted hearts around the world.

But the clip of the plucky cub may have a darker side than you realize.

The clip went viral on social media with viewers admitting they felt “stressed out” as the cub continually slid down the mountain towards rocks.

It starts by showing the pair clambering over a rocky patch of ground as the mum guides her young cub towards the top of the mountain.

Plenty of heart-stopping moments follow as the cub struggles to reach her, and it leaves long trails in the snow where its claws have dug in to stop it slipping too far below.

But with true perseverance, the youngster finally reaches the peak.

While undeniably adorable, biologists have shed new light on what is going on.

Researchers say the mother bear is terrified of the drone that is filming them.

At one point she even stares at the camera as it flies perilously close, and she deems it a threat to her little one.