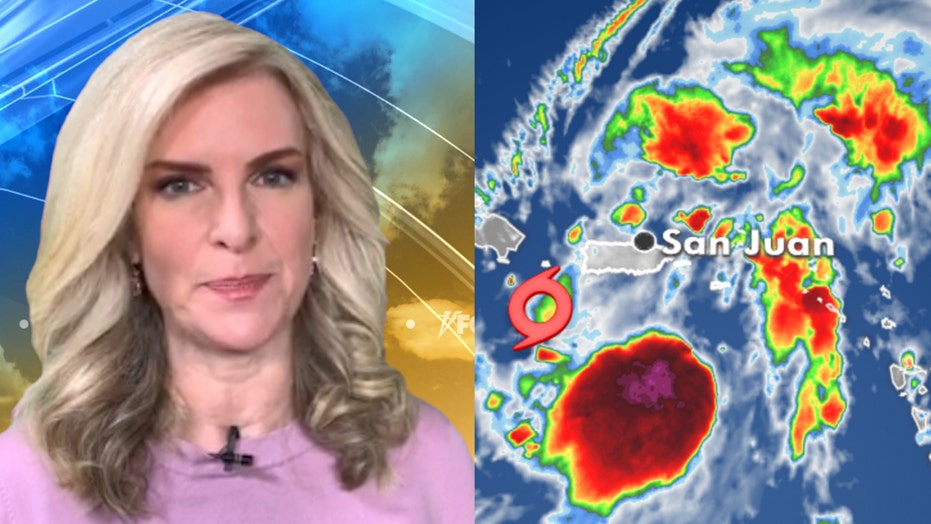 Tropical Storm Isaias battered Puerto Rico with maximum sustained winds of 60 mph early Thursday, as it continued on a track toward the U.S. mainland, with the east coast of Florida in its sights.

The storm, which officially formed in the Atlantic Ocean near Puerto Rico around 11 p.m. Wednesday, is currently about 100 miles west-southwest of Ponce, Puerto Rico, and about 160 miles southeast of Santo Domingo, Dominican Republic, as of Thursday morning, according to the U.S. National Hurricane Center.

“I didn't think it was going to be this strong,” José Pagán, a 22-year-old who lives in the eastern Puerto Rico mountain town of Juncos, told the Associated Press after his power went out before dawn. “It's a rather difficult experience because it reminds us of [Hurricane] Maria.”

Across the island, reports are coming in of widespread flooding and some landslides.

Santos Seda, mayor of the southwest town of Guánica, told the Associated Press that he also received reports of downed trees and inundated neighborhoods where homes previously damaged by earthquakes still stand.

“The emotional state of people is deteriorating more every day,” he said, adding that crews will fan out to assess damage once the weather clears.

The storm is currently moving west northwest at 21 mph, and the U.S. National Hurricane Center said it’s expected to move over Hispaniola (Haiti and the Dominican Republic) later Thursday and near the southeastern Bahamas by early Friday.

Forecasters on Wednesday believed the storm would head for the west coast of Florida, including the Panhandle, but now say the storm’s track has shifted to the state’s east. It remains too early to say for sure which way the storm will go.

As it advances, “interests in Cuba and the Florida peninsula should monitor the progress of this system,” the hurricane center is advising.

The hurricane center also says Isaias, for now, is not expected to become a hurricane before reaching the U.S. mainland.

“Isaias is sending some mixed signals,” the forecast discussion stated. “Model forecasts are showing a complex evolution of the tropical cyclone during the next day or two.”

In the meantime, tropical storm warnings were issued for Puerto Rico, the U.S. and British Virgin Islands, the Turks and Caicos Islands and portions of the Dominican Republic, Haiti and the Bahamas.

Isaias is expected to produce 3 to 6 inches of rain across the British and U.S. Virgin Islands and Turks and Caicos, and also across Puerto Rico, northern Haiti and eastern Cuba, with isolated maximum totals of 8 inches.

Isaias has broken the record as the earliest ninth Atlantic named storm, according to Colorado State University hurricane researcher Phil Klotzbach. The previous record was Irene on Aug. 7, 2005, he tweeted.

So far this year, Cristobal, Danielle, Edouard, Fay, Gert and Hanna also set records for being the earliest named Atlantic storm for their alphabetic order.