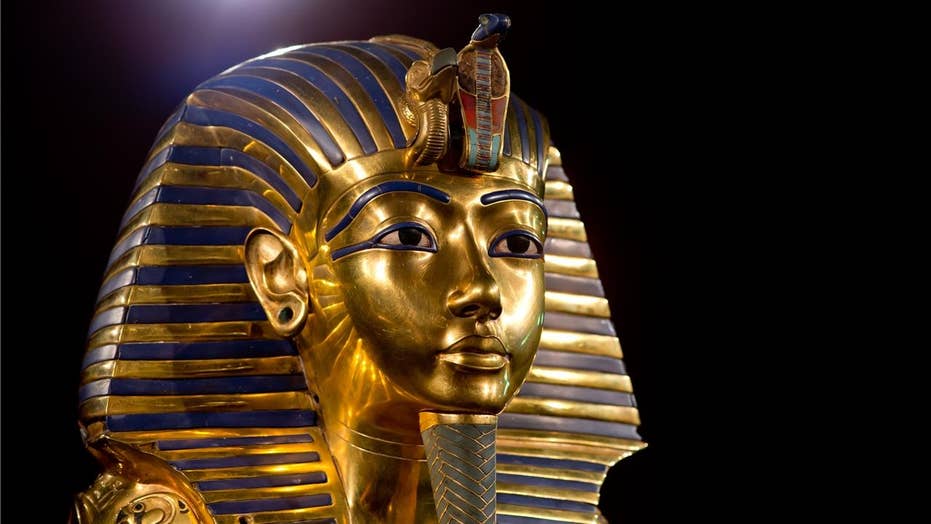 A tomb that may have belonged to the wife of King Tutankhamun has been discovered in Egypt’s Valley of the Kings, according to archaeologists.

Archaeologist Zahi Hawass told LiveScience that the tomb is located near the tomb of the Pharaoh Ay. Hawass and his team plan to excavate the newly-discovered tomb.

"We are sure there is a tomb there, but we do not know for sure to whom it belongs," Hawass told LiveScience, via email.

Hawass, the former head of Egypt’s Supreme Council of Antiquities, says that the tomb may belong to Ankhesenamun, half-sister and wife of Tutankhamun. Ankhesenamun, who lived in the 14th century B.C., married Ay after Tutankhamun’s death so her tomb may be located near the Pharaoh’s, according to Hawass.

FILE - In this Thursday, Nov. 5, 2015 file photo, one of Egypt's famed King Tutankhamun's golden sarcophagus is displayed at his tomb in a glass case at the Valley of the Kings in Luxor. Egypt's Antiquities Minister Mamdouh el-Damaty, says during a press conference Thursday, March 17, 2016, that analysis of scans of famed King Tut's burial chamber has revealed two hidden rooms that could contain metal or organic material. (AP Photo/Amr Nabil) (AP)

The discovery was reported by National Geographic Italia earlier this month, according to LiveScience.

Hawass cited the discovery of “four foundation deposits” as evidence of the tomb. Foundation deposits, he told LiveScience, are holes filled with votive objects such as pottery vessels and food remains.

Tourists visit the Valley of the Kings in Luxor, Egypt, November 28, 2015. Chances are high that the tomb of Ancient Egypt's boy-king Tutankhamun has passages to a hidden chamber, which may be the last resting place of the lost Queen Nefertiti, experts said on Saturday. REUTERS/Mohamed Abd El Ghany - RTX1WA08 (REUTERS)

King Tutankhamun continues to be a source of fascination for historians. The possibility that the boy king's tomb contains hidden chambers, for example, has prompted searches for the secret rooms, but remains a contentious topic for archaeologists.

Some archaeologists also believe the mummy of Nefertiti, fabled for her beauty, has already been found in a different tomb.

Hawass has rejected the theory that undiscovered chambers lie behind the tomb and likely contain the tomb of Queen Nefertiti.