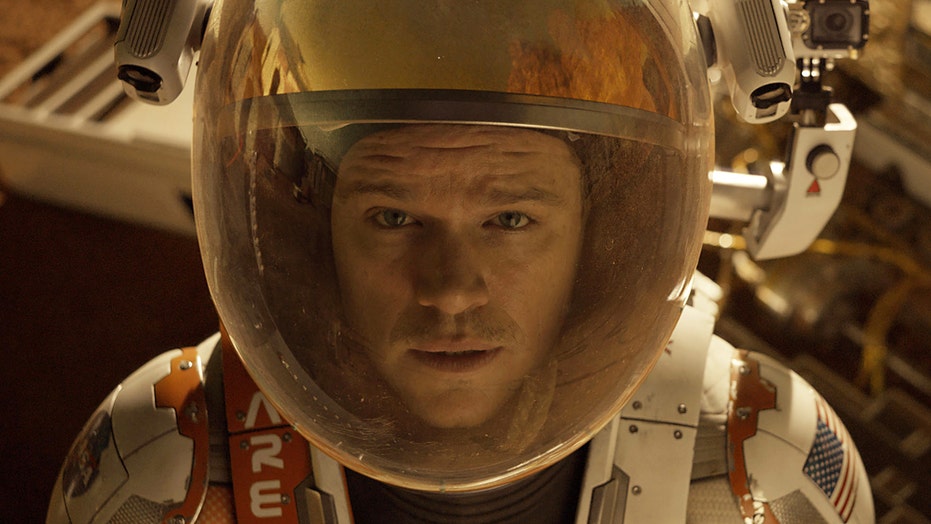 The science behind 'The Martian'

The sci-fi adventure “The Martian” has landed in theaters starring Matt Damon as an astronaut forced to find ways of surviving on Mars solo after being left behind by his crew. The film is based on the popular book by Andy Weir and provides many science based explanations of how he could live on the red planet.

When FoxNews.com spoke with Director Ridley Scott at the Toronto International Film Festival we asked him about this Mars fascination. “I think because Mars really is the nearest planet, you discount the moon, which is only five days away, five days flight,” he said. “Mars, according to where you are, is between 50 million and 130 million miles away, according to its trajectory. After that, you got to learn to hibernate for years and you got to fly at the speed of light to get to the next planet. You’d be flying for 40 years.”

Scott describes manned Mars exploration as “a quantum leap”, further fueling our fascination with the planet. “NASA now knows that there is a massive glacier and therefore several massive glaciers of pure water underneath the sand on Mars,” he said. “So one does ask the question - 'a billion years ago, was Mars like us'?”

Now with the recent discovery of flowing liquid water on Mars, scientists may be closer to answering that question than ever before.

Scott also discussed how he came up with an on-screen Mars that audiences can see in both 2D and 3D. The director said he had plenty of material to help him design the cinematic planet. “I looked at all the stuff, the material that they’d had coming off Mars over the last 30 years, quite a lot actually, and they got a lot of assets lying up there or still working assets,” he said.

Actress Jessica Chastain trained with real life astronaut Tracy Caldwell Dyson for the film. “The time that she spent with me was in the training facility that we astronauts are in on a weekly, daily basis and we went through the mockups that are basically a life-sized volumetric mockup of the space station and just asked questions about what it’s like to live and work and command a space station with a crew,” Dyson told FoxNews.com.

Chastain learned several space facts at the astronaut training facility such as what it feels like to wash your hair in space, and the importance of working out, combating the loss of muscle mass in an environment without gravity.

Click the video for more of our interviews on “The Martian” and find the film in theaters now.