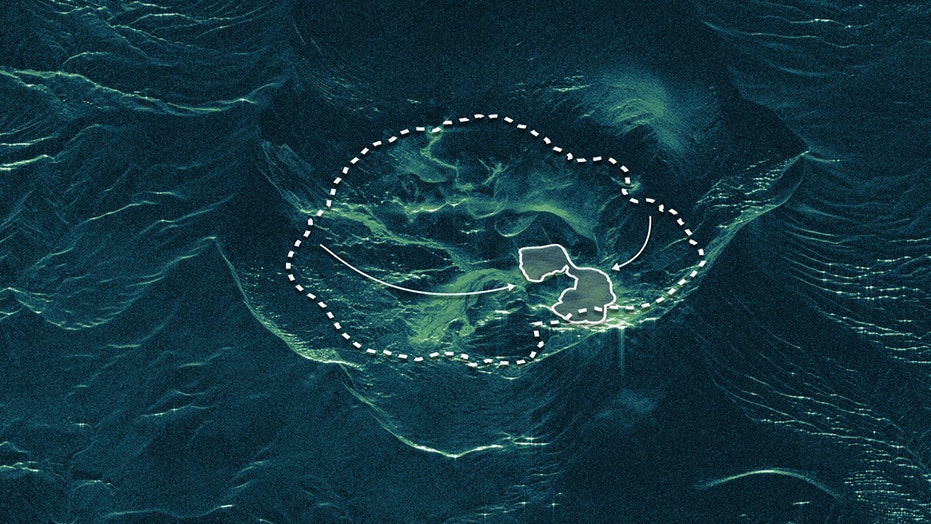 The eruption of the Taal volcano in the Philippines has almost devoured a crater lake on the volcanic island.

Radar satellite imaging specialist ICEYE tweeted an image of the disappearing lake on Thursday. The image is based on Synthetic Aperture Radar data compiled on Jan. 16, according to ICEYE.

Satellites have provided remarkable views of the erupting volcano. Satellite imagery released by the National Oceanic and Atmospheric Administration (NOAA), for example, showed the volcano blasting ash 9 miles into the air.

Taal remains life-threatening despite weaker emissions and fewer tremors, said an official on Friday who advised the thousands of displaced villagers not to return to the danger zone.

Lightning strikes as a column of ash surrounds the crater of Taal Volcano as it erupts on Jan.12, 2020 as seen from Tagaytay city, Cavite province, Philippines. (Photo by Ezra Acayan/Getty Images)

The Taal volcano emitted weaker ash and steam explosions Thursday and Friday, the sixth day of its eruption. But despite the seeming lull, continuing volcanic quakes, the drying of the crater lake and other signs indicate magma is moving beneath, said Maria Antonia Bornas, an official with the Philippine Institute of Volcanology and Seismology.

“When there is an explosion, that will be life threatening, especially if people get very near, like on Volcano Island,” Renato Solidum, head of the institute, told The Associated Press.