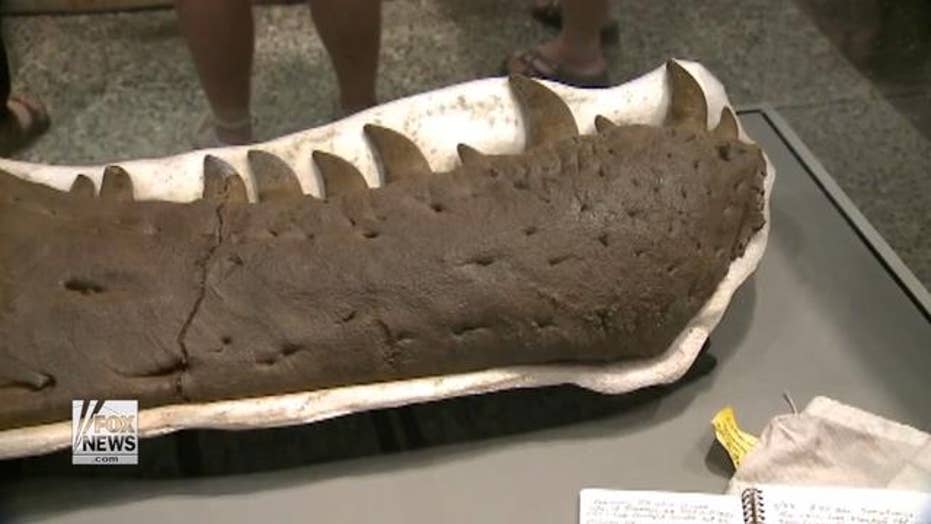 It's not quite "Jurassic Park," but the public will be allowed to watch paleontologists prep a 3,000-pound Tyrannosaurus rex skull "live."

Researchers at the University of Washington Burke Museum will be removing the rock surrounding the skull over the next several months, revealing the specimen. The work will be done in a lab that's part of the Burke’s Testing, Testing 1-2-3 special exhibit. The exhibit has three working labs and an imaging room that showcases the work being done every day.

The skull, which is 4 feet long, is 1 of just 15 "reasonably complete" skulls ever discovered.

“The bones we’re seeing so far are among the best I’ve seen,” said Michael Holland, Burke Museum fossil preparator in a press release.

The skull was discovered in summer 2016 in the Hell Creek Formation in northeast Montana by Greg Wilson, a University of Washington biology professor and his team.

“This is going to be one of the most complete T. rex specimens in the world. And it’s gorgeous in terms of its preservation — the bone is spectacular,” said Wilson, who is also a Burke Museum curator of vertebrate paleontology. “I’m super excited to be able to bring this to the Burke, the Pacific Northwest and the University of Washington.”

This weekend, members of the fossil preparation and exacavation crews will discuss the dinosaur, nicknamed "Tufts-Love Rex,” after Jason Love and Luke Tufts, the two volunteers who discovered it.

It has taken two summers to remove the fossils from the ground. Last summer, the skull, ribs, vertebrae and parts of the jaw and pelvis were discovered. This year, the paleontologists found additional bones, including a belly rib, another piece of the lower jaw discovered last summer and parts of the shoulder blade.

Approximately 30 percent (or 90 bones) of the dinosaur has been found — making the “Tufts-Love Rex” one of the top 10 most complete T. rex skeletons ever discovered.