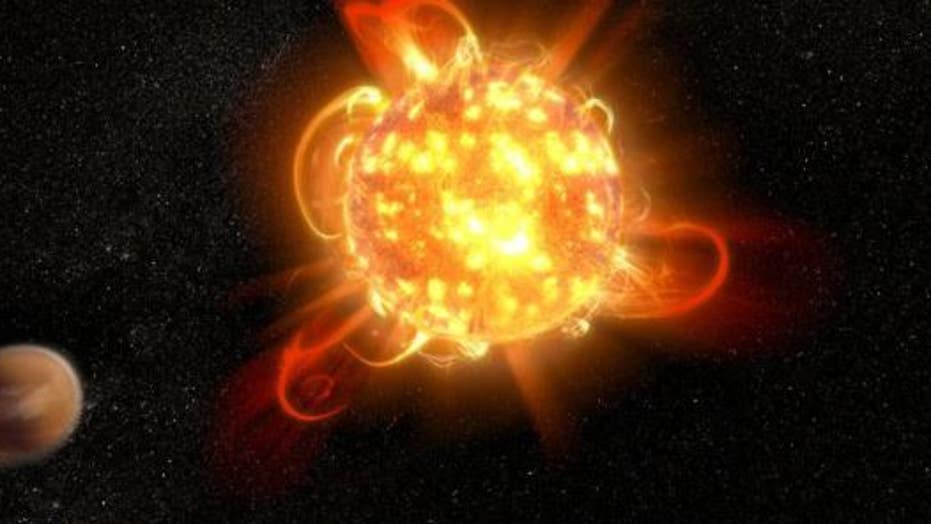 Earth's aging sun could produce a massive superflare in the coming century.

Superflares are explosive bursts of energy on stars that are visible across hundreds of light years. If a particularly strong one erupted from our sun, it would wipe out all technology on Earth, lead to widespread blackouts and cause trillions of dollars in economic damage.

Lloyd's of London, the insurance company, estimates the damage from such an event would last between one and two years and cost in the range of $600 billion and $2.6 trillion, The Sun reported.

“Our study shows that superflares are rare events,” Yuta Notsu, a researcher in Colorado University-Boulder’s Laboratory for Atmospheric and Space Physics, said in a statement. “But there is some possibility that we could experience such an event in the next 100 years or so.”

The data used in the study come from NASA's Kepler space telescope, which has searched the sky for distant planets. The space agency saw the activity of stars and noticed starlight that would briefly brighten before getting dim. Those occurrences are known as superflares.

They also utilized the European Space Agency's Gaia spacecraft and the Apache Point Observatory in Mexico, observing 43 superflares that came from stars similar in age and size to our own sun.

"If a superflare occurred 1,000 years ago, it was probably no big problem. People may have seen a large aurora," Notsu said in a published statement, referencing phenomena like the Northern Lights. "Now, it's a much bigger problem because of our electronics."

Despite not knowing exactly when a superflare could happen, scientists advised people to do more to prepare for the possibility by protecting electronics from space radiation.

The results of the study were published in The Astrophysical Journal.