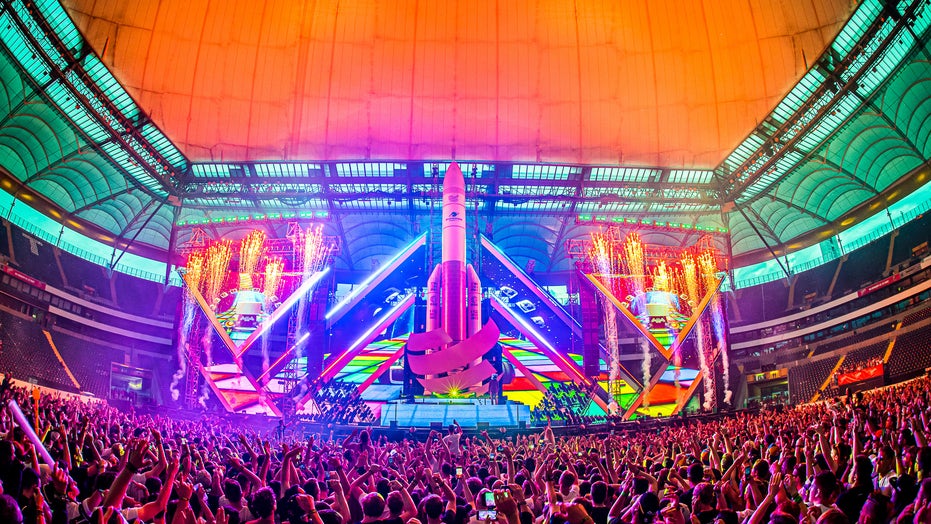 What's it like to spin records in outer space?

One astronaut with the European Space Agency, Luca Parmitano, is about to find out.

He'll be playing a live DJ set – the first ever according to the organizers – onboard the International Space Station (ISS) this summer in partnership with BigCityBeats, which will livestream the event via satellite for more than 3,000 partygoers onboard a luxury cruise ship.

(The Main Stage (inside the Commerzbank Arena in Frankfurt, Germany) during Marshemllo's performance on June 7th, 2019, of BigCityBeats WORLD CLUB DOME: Space Edition. )

A press release from BigCityBeats describes what partygoers on the cruise ship will experience: "Lucky ravers will be transcended into another realm as multi-dimensional visuals and intergalactic sounds will heighten their viewing experience in this universal feat."

The Italian astronaut will set off for the ISS on July 20 and the performance is set for August.

Along with BigCityBeats, German DJ Le Shuuk has worked to give Parmitano a crash course in DJing and music production.

In March of this year, Le Shuuk performed a DJ set in zero gravity on a plane filled with fellow astronauts and celebrities.