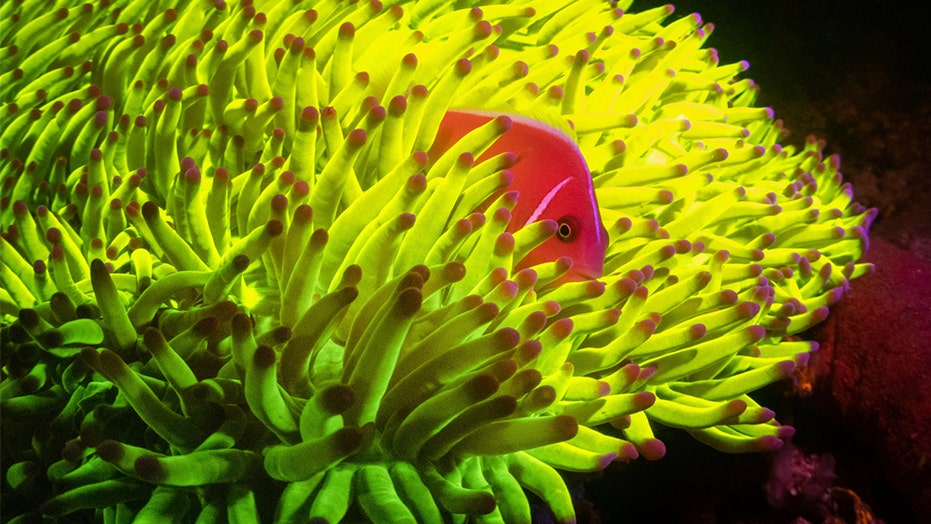 Photographer Louise Murray witnessed a stunning series of neon and flourescent colors during a trip into the darkest depths of the ocean.

This type of shimmering, candy-colored light is typically difficult to see with the naked eye, but the photographer was able to change that.

Murray, who has been photographing marine life for more than 25 years, writes in Smithsonian that the addition of the concentrated blue light from the flashlights and flashguns attached to her camera rig helped to "stimulate the strongest response from the fluorescing proteins."

According to the photographer, scientists are still learning more about marine fluorescence and discovering that the proteins could be vital to the health of the reef ecosystem and how it responds to stress.

Marine species with fluorescent proteins absorb, transform and reemit light, generating a spectacular display of color in the process. ((Image by Louise Murray))

Researchers don't know as much about the role of fluorescence in fish.

In addition, not all corals produce the same amount of fluorescent protein.

“There is a great deal of variation in pigment production between individuals of the same species,” Jörg Wiedenmann, head of the Coral Reef Laboratory at the University of Southampton in the United Kingdom, explained to Murray in Smithsonian. “One might fluoresce strongly while the other produces little or no color.”