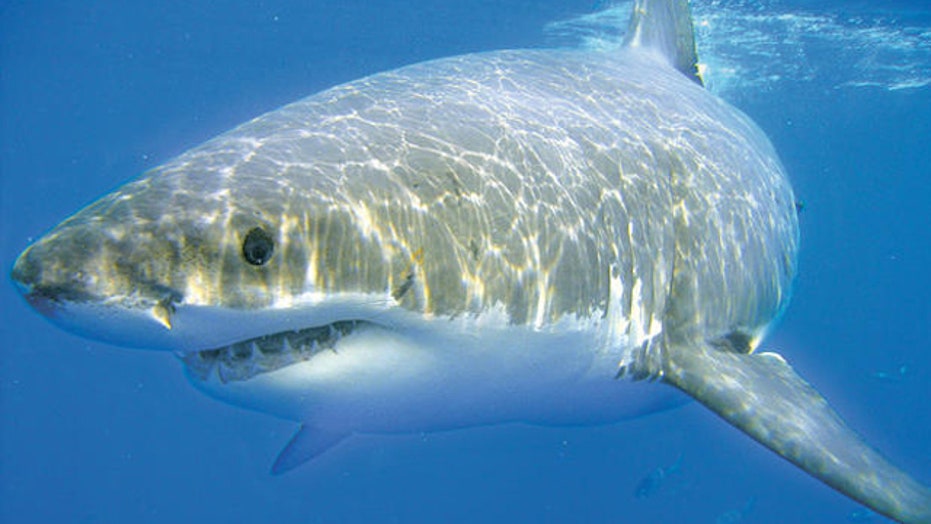 Scientists caught and tagged more than 2,800 sharks in waters from Florida to North Carolina

More sharks than ever are swimming along the East Coast, federal researchers announced this week, amid a busy summer in which a record number of the fish have attacked North Carolina beachgoers.

Scientists with the National Oceanographic Atmospheric Administration (NOAA) captured and tagged 2,835 sharks in waters from Florida to North Carolina in 2015, up from 1,831 in 2012 -- the last year the survey was completed. Scientists recorded the length, sex, age and location of each of the sharks caught. The survey has been ongoing for 29 years.

Lisa Natanson, a scientist at the Narragansett Laboratory of NOAA Fisheries’ Northeast Fisheries Science Center (NEFSC) and leader of the coastal shark survey, told FoxNews.com that the rise in the shark population is tied to federal regulations limiting commercial shark fishing, which were enacted in 1993.

“They took off a lot of fishing pressure of these species and it gives them a chance to come back,” Natanson said.

The survey – conducted every two to three years -- covers routes along the East Coast where many species migrate as waters become warmer, making it easier to keep tabs on the population, according to the NOAA.

Sandbar, Atlantic sharpnose, dusky, and tiger sharks were the most common amongst the 13 species caught this year onboard the 100-foot charter fishing vessel Eagle Eye II, which set sail from Port Royal, S.C. and  Ft. Pierce, Fla., from April to May.

Natanson told FoxNews.com that researchers – who used a line with baited shark hooks to catch the fish -- saw an uptick in numbers in waters off Florida.

“Usually we get a few here and there on the first few sets,” she said. “But we were getting a lot.”

The announcement comes in the wake of a string of shark attacks in North Carolina in June and July. Eight people were attacked -- the most in a year in since the Florida Museum of Natural History began tracking shark incidents 80 years ago. The previous high for North Carolina was five bites in 2010, The Virginian Pilot reported.

Despite the increased shark population, Natanson said beachgoers should not assume that there will be a rise in attacks, although “there is always going to be a risk.

“Just because there are a lot of sharks out there doesn’t mean there are going to be more coming in to bite people,” she told FoxNews.com, adding that the survey was conducted in areas where people were not swimming.

Around 2,179 of the sharks captured in the survey were tagged and released, 434 were brought aboard, and 222 were released untagged. The sharks that did not survive capture were dissected at sea to obtain biological samples for studies on shark age and growth, reproduction, and food habits, the NOAA said.

“Sandbar sharks were all along the coast, while most of the dusky sharks were off North Carolina,” Natanson said, in a press release. “We captured a bull shark for the first time since 2001, and recaptured 10 sharks previously tagged by our program and two sharks tagged by the Virginia Institute of Marine Science.”

The longest shark captured in the survey was a 12.5 foot long tiger shark off North Carolina.