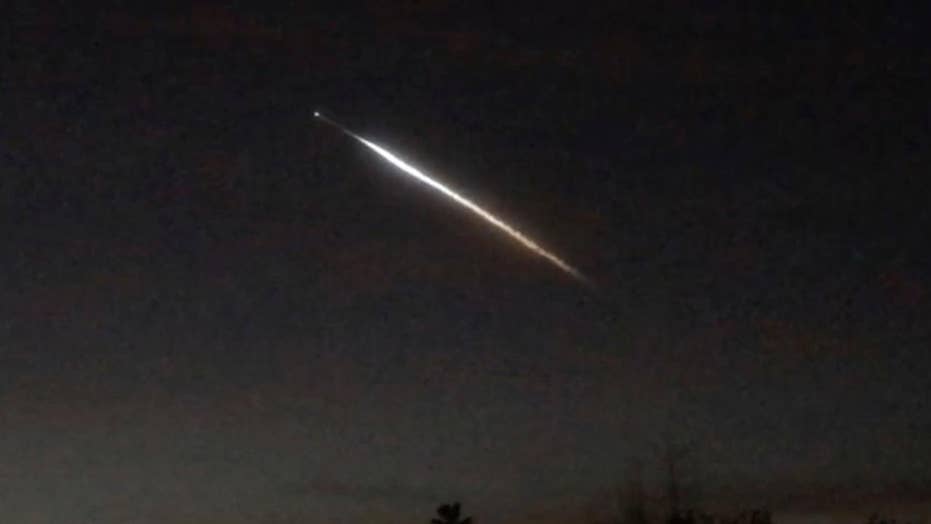 The Falcon 9 rocket lifted off from Vandenberg Air Force Base, carrying 10 communications satellites into space.

A rocket launch from a Southern California Air Force base generated a fiery contrail that could be seen all over Los Angeles Friday and had some social media users preparing for an alien invasion.

SpaceX's Falcon 9 rocket lifted off from Vandenberg Air Force Base at around 5:30 p.m. local time. Its mission was to send 10 communications satellites into space.

But it was the rocket's contrail of water vapor, illuminated by the sun, that had seemingly all of Los Angeles looking up in the sky.

The Space Archive website noted that the Falcon 9's "bright flame should be visible over a wide area." It added that the contrail "could be impressive" beginning two minutes and 12 seconds after launch.

Users on Twitter posted images of the contrail's weird shapes, with some speculating they were caused by extraterrestrial visitors.