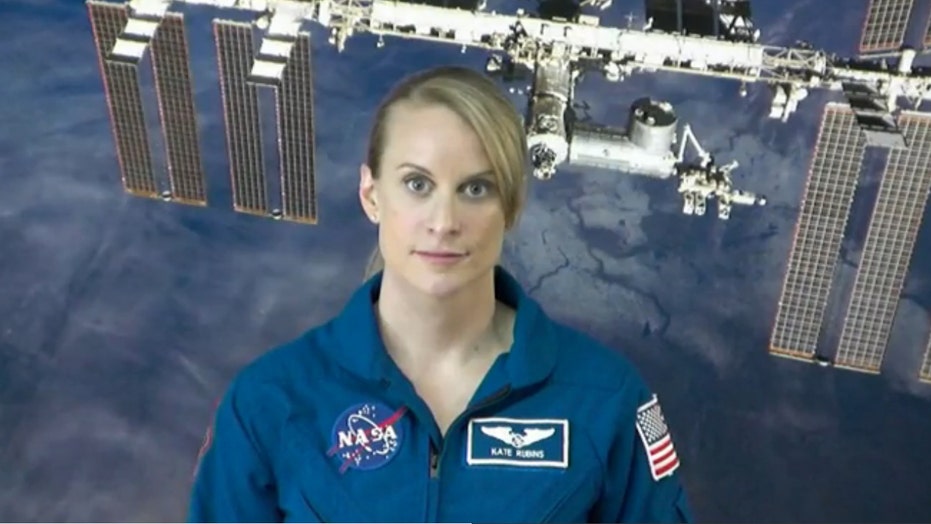 Very early Monday morning, a SpaceX rocket is scheduled to blast off for the International Space Station, and among the cargo it will be lifting up will be a small DNA sequencer. That tiny device will let NASA astronaut Kate Rubins sequence DNA in space, the first time that’s happened.

Rubins is a 37-year-old microbiologist who, until she launched up to the station earlier this month from Kazakhstan, had never been to space before. Her career had seen her studying dangerous pathogens like ebola and smallpox, and as a doctoral student, she focused on cancer biology.

The small sequencer set to join Rubins on the orbiting laboratory will let her sequence DNA in space, and she told Reuters that— after the technology is tested— she’d like to use it to analyze the water on the station to see if any microbes live in it.

“We've got wonderful clean water, but we've got a water system that’s been up here for 15 years,” she explained to Reuters during an interview from the space station. “Do we have any microbes living in the system?"

DNA sequencers determine the sequence, or order, of the many base pairs— like adenine and thymine, which join together just as cytosine and guanine do— that constitute what look like rungs on the twister-ladder-shaped DNA molecule. Genes, which code for proteins, are located on those long molucules. Rubins told Reuters that she’d like to eventually use the machine as a diagnostic device for astronauts if they get sick, or figure out if microbes can be treated with antibiotics. Having the small device in space will let Rubins do the work up there, as opposed to sending materials back to Earth for analysis.

Rubins spoke to FoxNews.com from Russia in June before her launch, and said that she was excited about doing experiments that focus on cellular biology. For example, the SpaceX mission will be taking heart cells up to the station.

NASA’s Biomolecule Sequencer investigation will test a new device that will allow DNA sequencing in space for the first time. The miniature device is one of the research experiments headed to the space station on the next SpaceX commercial cargo resupply mission, targeted to launch Monday, July 18, 2016 from Cape Canaveral Air Force Station in Florida. (NanoPore Technologies)

“We’re going to see the differences between heart cells grown on Earth,” she told FoxNews.com,  “where you always have a gravity vector pulling those cells down into the bottom of the plate, versus cells that are weightless and they’re suspended on board,” she told FoxNews.com. “We’re going to do similar experiments with bone cells to try to understand bone loss and deterioration.”

The DNA-testing device, made by Oxford NanoPore Technologies, is called the MinION sequencer.