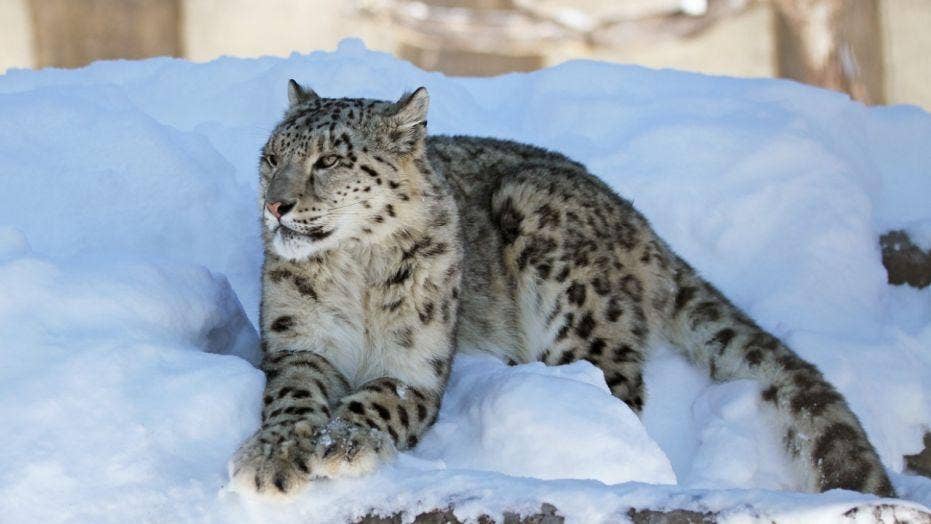 A snow leopard in the mountains of China discovers a camera and takes a selfie.

A snow leopard high up in the mountains of China discovered a camera used to photograph its surroundings. The snow leopard did what anyone would do upon discovering a camera – take a selfie.

The cameras were set up by British wildlife photographer and conservationist Terry Townshend who had hoped to get images of a remote part of China's high mountains, but did not expect anything remarkable until the snow leopard decided to approach.

"Six weeks ago, after the latest round of training for the local community in the Valley of the Cats, Qinghai Province, I placed a camera trap high up on the mountains," Townshend wrote on Twitter. "Yesterday I retrieved it. Look what I found!

KANGAROO BOLTS FROM SOUTH FLORIDA SACTUARY, ON THE LOOSE

Townshend said that the camera was placed 16,000 feet up on the Tibetan Plateau and told the Daily Mail he never expected to get a set of pictures like this.

"I am overwhelmed with joy," Townshend told the Daily Mail. "I never thought I could get a picture of a snow leopard looking straight into the camera like this."

In the images, the snow leopard looks at the camera for a close up and gets even closer, creating the perfect shots. There are only between 4,000 and 6,500 snow leopards left in the world according to the World Wide Fund.

In September 2017,  the International Union for Conservation of Nature (IUCN) upgraded the snow leopard — long considered an endangered species — to "vulnerable," but experts warn the new classification does not mean they are safe.

In November 2017, American trophy hunter Hossein Golabchi, nicknamed “Soudy,” was seen in a photo that circulated on social media, posing with a dead snow leopard he killed.

In the image, the snow leopard is seen with two shots in its hind leg. Golabchi, who is originally from Iran, is believed to have killed the animal in central Asia.

The picture prompted an online petition calling for him to be “brought to justice" to go viral.