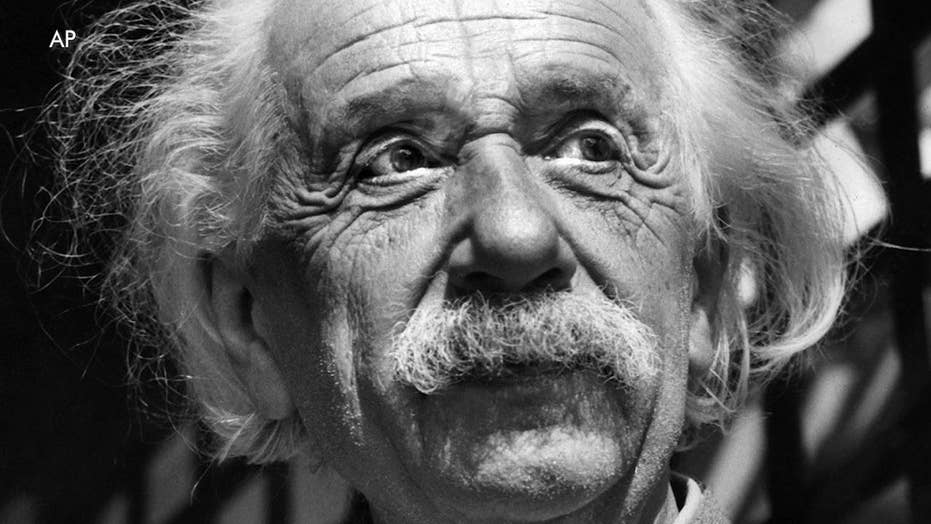 Shocking Einstein letters on ‘Hitler-insanity’, up for auction

Albert Eisntein’s shocking letters on ‘Hitler-insanity’ and other topics giving us a closer insight into Einstein’s thinking will be auctioned off.

A series of letters from Albert Einstein will be auctioned later this week, with the messages touching on a number of topics, including his thoughts on Jewish people’s rights to defend themselves, the rise of anti-Semitism at the time and "Hitler-insanity."

The three letters, all published prior to the start of World War II, give fresh insight into Einstein's thinking at a time when Adolf Hitler was growing in power in Eastern Europe and how it impacted his own life and the lives of those around him.

The first letter, published in September 1921 to his sister Maja Winteler-Einstein, discusses that Einstein was supposed to travel to Munich, Germany, but did not do so as a rise of severe anti-Semitism would have put his life in danger.

"...I am supposed to go to Munich, but I will not do that, because this would endanger my life right now," Einstein wrote in the letter to his sister, detailing some of the achievements his son, Hans Albert, was making. The letter has a minimum bid of $12,000, according to Nate D. Sanders, the auction house selling the letters.

A second letter, dated April 1934, gives further insight into Einstein's marriage to his first wife, Mileva and care for their son Eduard, as well as his thoughts on Hitler, whom the world-famous theoretical physicist said was completely responsible for ruining "the lives of all those around me.''

"Your letter, which raises such a lovely feeling of hope, made me immensely happy. I read the articles closely, and it does not seem completely impossible that a successful result might be obtained through a chemical intervention such as this," Einstein wrote in the letter, expressing concern for his son, who was diagnosed with schizophrenia. "It would simply constitute a strong stimulus to the secretory system created by a deficiency of sugar within the blood. However, we should not rush into this thing, we must wait until more experience has been gained."

Einstein said that he would send money to pay "pay the bank debts that have become due," as well as reimbursing his sister for expenses for Eduard. "For now, I will not yet send periodical payments for the caregiver. I am strained so severely by the various acts of assistance that I have to restrict myself all around in the most extreme way. All this is the result of the Hitler-insanity, which has completely ruined the lives of all those around me. / Best greetings to you. Your / A.''

A final letter, dated June 12, 1939, nearly three months prior to the official start of the war, according to History.net, gives great detail on Einstien's thoughts on the "power of resistance" the Jewish people have used to "survive for thousands of years."

"The power of resistance which has enabled the Jewish people to survive for thousands of years has been based to a large extent on traditions of mutual helpfulness," Einstein wrote in a letter Dr. Maurice Lenz. "In these years of affliction our readiness to help one another is being put to an especially severe test. May we stand this test as well as did our fathers before us."

Einstein continued: "We have no other means of self-defense than our solidarity and our knowledge that the cause for which we are suffering is a momentous and sacred cause." Like the first letter being offered, this letter also has a minimum bid of $12,000.

In recent months, Einstein's letters have garnered significant interest at auction. In December, a letter in which he discussed his Jewish faith as well as "man's eternal search for meaning" sold for a record-breaking $2.89 million.

In October 2017, Einstein's note on the theory of happiness sold to an unknown buyer at a Jerusalem auction for $1.56 million.