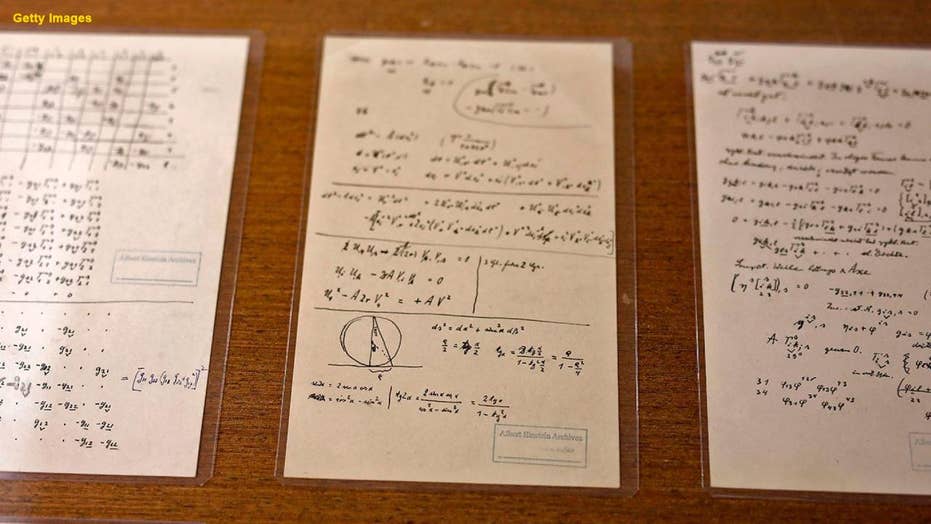 A famous Einstein ‘puzzle’ has been solved thanks to Hebrew University. The university found a missing page to shed light on one of many of Einstein's attempts to unify the forces of nature into one, single theory.

A famous "puzzle" from perhaps the world's most famous theoretical physicist, Albert Einstein, has been solved, after a missing page was found.

The handwritten page was part of an appendix of a 1930 paper written by Einstein towards a unified field theory. It was discovered approximately two weeks ago, officials at Hebrew University said, nestled alongside other Einstein archives.

"But in the copies we had, one page was missing, and that was a problem. That was a puzzle," Hanoch Gutfreund, scientific advisor to the university's Einstein archive, said in comments to the AFP.

He added: "And to our surprise, to our delight, that page is nowhere. It came with the new material."

Much to the university's delight, the mystery has now been solved. "This article was one of many in Einstein's attempts to unify the forces of nature into one, single theory and he devoted the last 30 years of his life to this effort," the university said in a statement.

Included in the rest of the 110-page archive, which was unveiled to coincide with Einstein's 140th birthday later this month, include letters from the German-born physicist expressing concern about the rise of the Nazi party and a host of other scientific and personal issues.

In the 1935 letter to his son, Hans Albert, Einstein writes that things in Germany "are slowly starting to change," adding "Let's just hope we won't have a Europe war first ... the rest of Europe is now starting to finally take the thing seriously, especially the British."

Einstein had expressed his reservation about the party years earlier, when he wrote a letter in August 1922 to his younger sister, Maja.

"Out here, nobody knows where I am, and I'm believed to be away on a trip," Einstein wrote in the letter. "Here are brewing economically and politically dark times, so I'm happy to be able to get away from everything."

RARE EINSTEIN LETTERS, REVEALING HIS ESCAPE FROM THE NAZIS, UP FOR AUCTION

In 1933, Einstein wrote letters that detailed his escape from the Nazis and his work helping Jews escape Hitler's regime.

Gutfreund would not say what the university paid for the 110 papers, only noting that Einstein was a "colorful person," in addition to being a world-renowned scientist. "That's rare in scientific persona," he said.

"Einstein already has become a myth detached from his real person, and this myth will perpetuate itself for years to come and I don't see an end to it," curator Roni Grosz added in the statement.

Einstein was one of the founders of the Hebrew University and served as a non-resident governor of the Jerusalem institution. He died in 1955 at the age of 76.