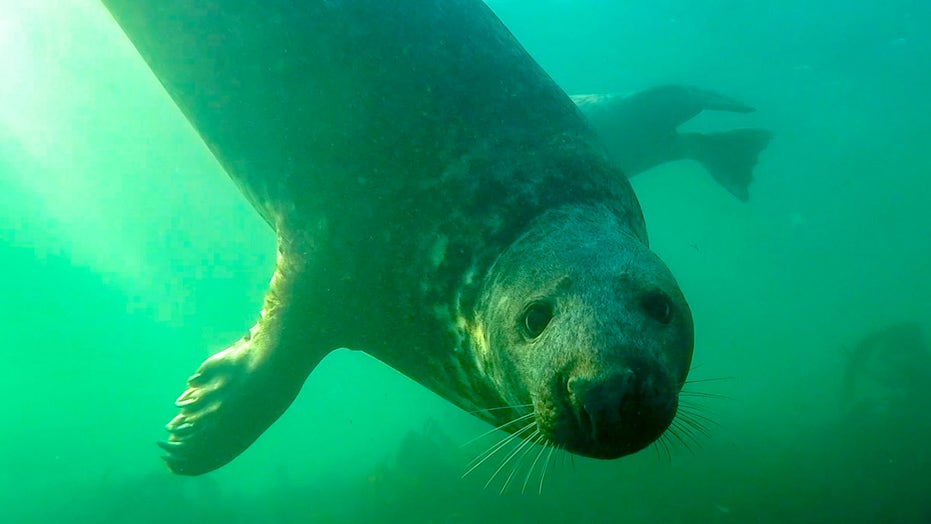 Wild gray seals can clap their flippers underwater as a show of strength, new research shows.

This clapping serves two purposes, according to research led by scientists at Monash University: It wards off competitors and advertises to potential mates.

“The discovery of ‘clapping seals’ might not seem that surprising; after all, they’re famous for clapping in zoos and aquaria,” said lead study author David Hocking, from the School of Biological Sciences, in a press statement.

A wild gray seal is seen above. (Image courtesy of Dr. Ben Burville)

“But where zoo animals are often trained to clap for our entertainment –  these gray seals are doing it in the wild of their own accord,” Hocking added.

The research, which was published Monday in the journal Marine Mammal Science, is based on video footage collected by naturalist Ben Burville, a visiting researcher with the U.K.'s Newcastle University.

The sound produced by the clapping, described by researchers as high frequency, sends out a clear signal to other seals in the area.

“Other marine mammal species can produce similar types of percussive sound by slapping the water with their body or tail,”  Monash University's Alistair Evans, who was also involved in the study, said in a statement.

"Think of a chest-beating male gorilla, for example. Like seal claps, those chest beats carry two messages: I am strong, stay away; and I am strong, my genes are good," Hocking explained.

Scientists hope that as they gain a better understanding of how these creatures communicate, they'll be more equipped to protect them.