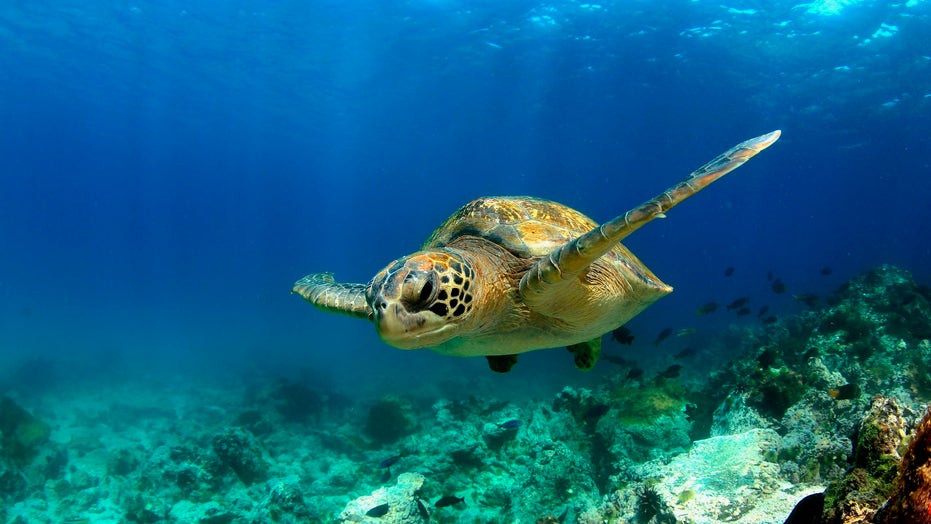 (WARNING: Some users may find this video footage disturbing)

A dead sea turtle with a spear shaft through its head was recently found floating in the waters of a national park in Florida, authorities said Tuesday.

Biscayne National Park Marine Patrol Officers said they are investigating the “poached” turtle and are asking for the public’s help in finding those responsible.

The park posted a video of the turtle floating in the water on its Facebook page. The camera zooms in on the creatures head to show the spear piercing through its head.

Fishermen discovered the federally-protected animal, which appeared to be a green turtle, on Friday afternoon, a park’s service and law enforcement ranger told the Miami Herald.

All five species of sea turtle found in Florida are either endangered or threatened, according to the Florida Wildlife Commission. The reptiles are protected under the Federal Endangered Species Act of 1973 and Florida’s Marine Turtle Protection Act.

Killing a sea turtle in violation of those acts can result in both criminal and civil offenses. If convicted, the person can face a criminal up to one year in prison and/or a fine up to $100,000, according to Halmos College of Natural Sciences and Oceanography.