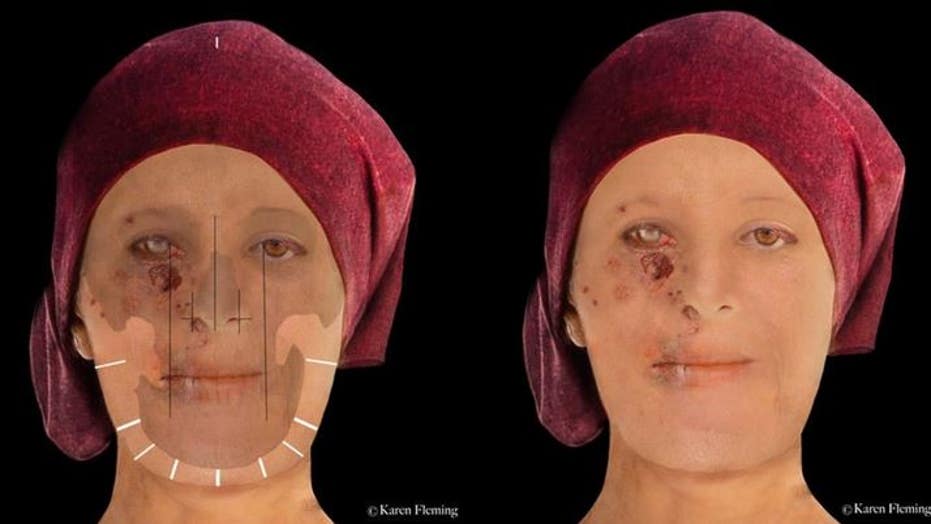 Scientists have digitally reconstructed the face of a Scottish woman who was scarred by leprosy more than 500 years ago.

Forensic artists reconstructed 12 faces based on skulls that were discovered in a cemetery at St. Giles Cathedral in Edinburgh, Scotland. One of uncovered skulls was a woman with leprosy.

"We are revisiting a lot of old cases like this one, as we are very keen to put human faces on a lot of the human remains we have in our collections," John Lawson, an archaeologist with the City of Edinburgh Council Archaeology Service, said in a statement, as reported by Live Science. "Some of the remains date back to when Edinburgh became a royal burgh at the start of the 12th century, when St. Giles' was first constructed."

Some of the older skeletons, which were initially excavated in the 1980s and 1990s, were falling apart, so one challenge for the digital artists was to attach certain pieces of bone back together.

NUCLEAR WINTER WOULD TRIGGER A GLOBAL FAMINE, BUT THIS EXPERT SAYS HIS DOOMSDAY DIET COULD SAVE HUMANITY

According to Karen Fleming, one of two freelance forensic artists who worked on the project, the woman with leprosy was likely between the ages of 35 and 40 when she died in the mid-15th to 16th century.

"She showed signs of lesions under the right eye, which may have led to sight loss in this eye," Fleming explained to Live Science. "It is also important to note that ... this lady being buried within St. Giles next to the altar of St. Anne indicates that she had high status, possibly within the tailors guild."

In order to create the images, the artists took photos of the skulls and uploaded them into Photoshop; next, they looked for markers on the skulls to help them measure tissue depth, which in turn gives them clues about the skull's features, shape and other traits.

More of the digital reconstructions can be seen on Fleming's website.