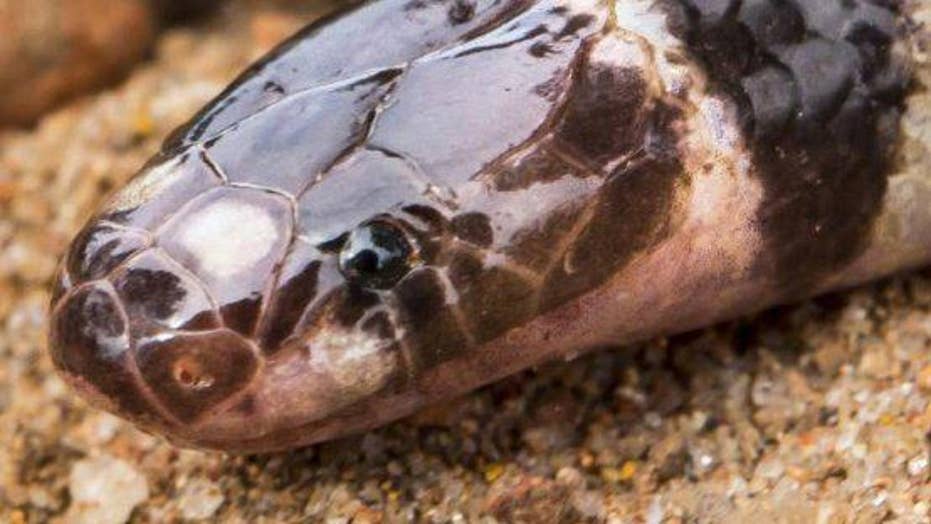 Some of the creatures discovered this year were sought by researchers ─ on missions to make historical finds in the depths of the ocean or deep in a cave ─ while others were an unexpected surprise.

A tiny spider was found inside a dark, damp cave in Indiana. A venomous snake was sitting on chunk of rock by the sea.

All of these finds made 2018 a successful year in terms of the animal kingdom.

Here's a look at some of the most impressive finds as we prepare to bid farewell to 2018.

A group of biologists accidentally made a terrifying find in Australia over the summer — a new species of the venomous bandy-bandy snake.

The team from the University of Queensland was studying sea snakes near Weipa when they randomly found the never-before-seen snake.

“Bandy-bandy is a burrowing snake, so Freek Vonk from the Naturalis Museum and I were surprised to find it on a concrete block by the sea,” Bryan Fry, a professor leading the research mission, told the Independent. “We later discovered that the snake had slithered over from a pile of bauxite rubble waiting to be loaded onto a ship."

The reptile was apparently both "visually and genetically" from the five other species of bandy-bandy (or hoop snakes) that slither the continent.

“The discovery of this enigmatic little snake is symptomatic of the much more fundamental problem of how little we know about our biodiversity and how much may be lost before we even discover it," Fry added. 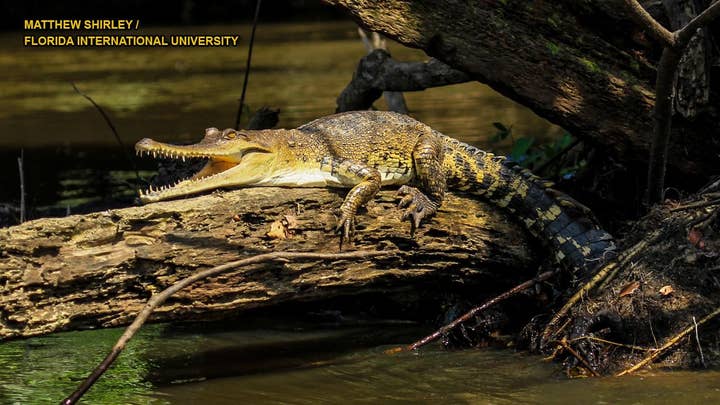 In the fall, scientists from Florida International University's (FIU) Tropical Conservation Institute and George Amato of the American Museum of Natural History in New York discovered a new species of the African crocodile. They named it the Central African slender-snouted crocodile.

The medium-sized freshwater species, found from Cameroon to Tanzania, is officially called Mecistops leptorhynchus, according to National Geographic.

"Recognizing the slender-snouted crocodile as actually comprised of two different species is cause for great conservation concern," Matthew Shirley, crocodile expert and lead researcher from FIU, said in an October news release.

Three bizarre-looking types of deep sea creatures were recently spotted in one of the deepest parts of the Pacific Ocean — the Atacama Trench, located up to 7 miles below the ocean's surface off the coast of Peru and Chile.

A group of 40 scientists from 17 different nations teamed up to search the freezing, pitch-black area, using cameras and other equipment.

"These fish are part of the Liparidae family and do not conform to the preconceived stereotypical image of what a deep-sea fish should look like," England's Newcastle University, which joined the expedition, wrote in a September news statement. "Instead of giant teeth and a menacing frame, the fishes that roam in the deepest parts of the ocean are small, translucent, bereft of scales — and highly adept at living where few other organisms can."

A tiny species of spider lived deep inside a cave in Indiana — and scientists had no clue it existed until recently.

Marc Milne, an arachnologist at the University of Indianapolis, discovered the new type of sheet weaver spiders inside the damp and rocky Stygian River Cave in June.

“In the morning when there’s dew on the grass, and you see the little horizontal webs — those are sheet webs,” Milne told Gizmodo.

The spiders, which Milne named "Islandiana lewisi" after Julian Lewis, who he credited with leading him to the location, are only about two milimeters long. Their bodies are slightly translucent ─"dusky yellow to tan"─ and they have black circles surrounding their eyes. This particular type of arachnid is known for their flat, tightly-woven, horizontal webs.

"This is the fifteenth species in its genus (Islandiana) and the fifth known to live exclusively in caves. It has been over 30 years since the last species has been added to this group," Phys.org reports.

Researchers from the California Academy of Sciences, Luiz Rocha and Hudson Pinheiro, found a new species of fish ─ a neon pink and green Tosanoides Aphrodite ─ 420 feet below the surface back in September, the Verge reports.

“This one is without a doubt the most spectacularly colored fish I've ever described,” Rocha told National Geographic about the find.

It's the "only fish of its kind" known to live in the Atlantic, the publication reports.