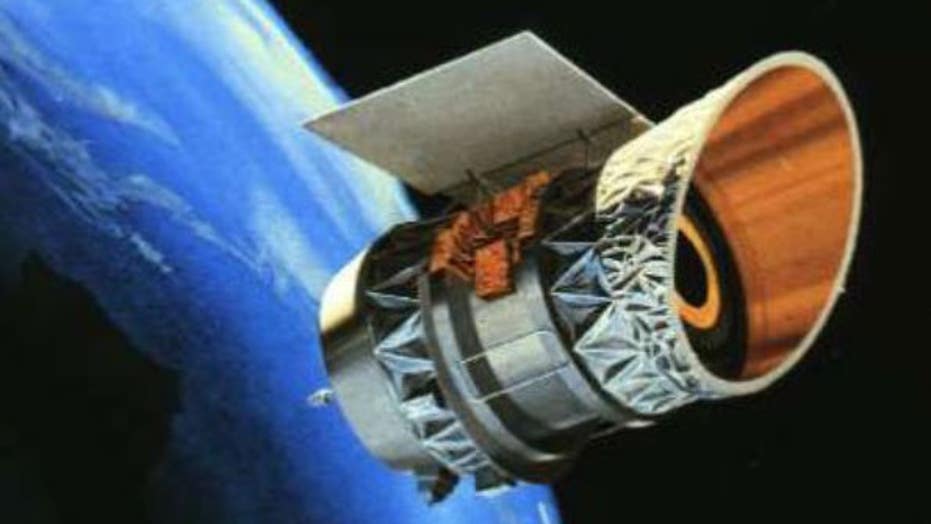 That's a bit too close for comfort.

Two defunct satellites will apparently zoom past each other at 32,800 mph on Wednesday.

LeoLabs, a satellite-tracking company, said they should pass between 50 and 100 feet apart at 6:39 p.m. local time in the sky above Pittsburgh, Pennsylvania.

One of the satellites is called the Infrared Astronomical Satellite (IRAS) and it was launched in 1983, according to the Jet Propulsion Laboratory. The second is called the Gravity Gradient Stabilization Experiment (GGSE-4) and was a U.S. Air Force experiment launched in 1967, NASA states.

GIANT 'THUNDER LIZARD' DINOSAURS MAY HAVE WALKED ON THEIR FRONT FEET ONLY, FINDINGS SHOW

LeoLabs says the "combined size of both objects increases the computed probability of a collision, which remains near 1 in 100."

If a collision happened, there would be "thousands of pieces of new debris that would stay in orbit for decades. Those new clouds of debris would threaten any satellites operating near the collision altitude and any spacecraft transiting through on its way to other destinations. The new debris [would] spread out and form a debris belt around the Earth," LeoLabs CEO Dan Ceperley told Space.com.

"Events like this highlight the need for responsible, timely deorbiting of satellites for space sustainability moving forward. We will continue to monitor this event through the coming days and provide updates as available," the company said in a tweet.