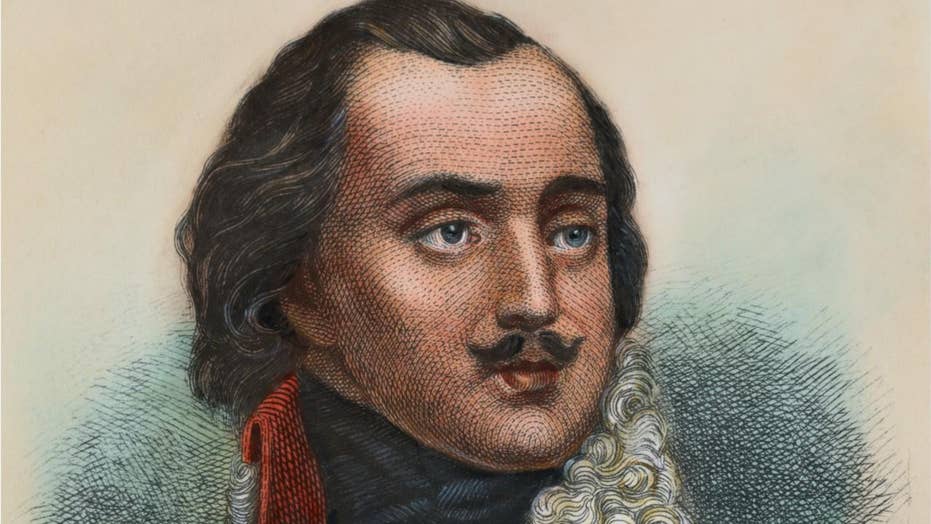 Revolutionary War hero may have been biologically a woman

A Revolutionary War hero may have been biologically a woman, according to Smithsonian Channel’s “America’s Hidden Stories: The General Was Female?”

A Revolutionary War hero celebrated in Illinois with a state holiday and in New York City with an annual parade up iconic Fifth Avenue may not have been a man, a new documentary postulates.

Instead, Polish-born general Casimir Pulaski, the “Father of the American Cavalry” who died fighting for America’s freedom, may have been born an intersex female, according to Smithsonian Channel’s “America’s Hidden Stories: The General Was Female?” that airs Monday.

Pulaski may have had an intersex condition known as congenital adrenal hyperplasia, which makes women produce large amounts of male hormones that can enlarge their genitals and give them traditionally “masculine-looking” features, Georgia Southern University assistant professor of anthropology Virginia Hutton Estabrook told the New York Post.

Pulaski had a rounded jawline, a petite frame and a feminine pelvis — all signs of an intersex person, she said, according to the paper.

“This is one of the first majorly influential people in history who we know was intersex,” Estabrook said. “Chromosomally, Pulaski would have been XX — as in biologically female.”

“But we know from records and portraits that he was baptized as a ‘son,’ that he had facial hair and male-pattern baldness. So he probably wasn’t aware that he had this condition,” she said.

Pulaski helped George Washington avoid capture fending off the British in the Battle of Brandywine in 1777. A thankful Washington made Pulaski a brigadier general.

Two years later the 34-year-old Pulaski died leading a cavalry charge during the Siege of Savannah in Georgia.

COLONIAL CEMETERY ACCIDENTALLY UNEARTHED IN PHILADELPHIA, AND RESEARCHERS RACE TO ANALYZE THE BONES

The Georgia Southern research team makes its case in the documentary using skeletal remains extracted from the Pulaski monument in Savannah and DNA testing.

Estabrook and the other researchers confirmed the skeletal remains were Pulaski’s through testing of DNA obtained from a Pulaski great-niece, according to NBC News, which reported that New York City’s Pulaski Day Parade has been an annual event since 1937.

"I'd heard something about this before, but I'm a little shocked by this," the parade’s president, Richard Zawisny, told NBC when informed of the findings.

"But in this day and age, I don't think it will matter to most people," he said. "I really believe that the majority won't care, and it doesn't take away from the fact that Pulaski was a Polish-American hero."