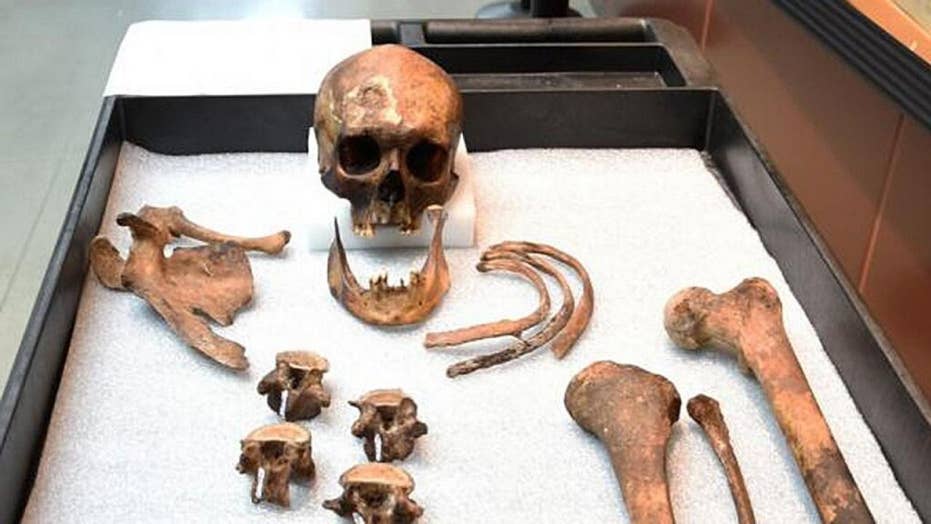 It sounds like something straight out of a horror movie, but the remains of a 19th-century "vampire" have been properly identified.

Formerly known as "JB-55," the Connecticut man has been identified as John Barber, according to genealogical databases that helped identify the man. According to LiveScience, Barber was likely a poor farmer who died from tuberculosis, citing a presentation from a representative of the National Museum of Health and Medicine in Silver Spring, Md., last month.

News of Barber's initials and age – JB-55 – were first reported by The Washington Post.

After Barber died, he was dug up and reburied with his head and limbs placed on top of his ribcage in a skull and crossbones pattern. This pattern was used in the late 18th and 19th centuries to indicate that someone was suspected of being a vampire.

Barber's odd burial arrangement was first mentioned in a 1994 study in The American Journal of Physical Anthropology after his grave was found in 1990.

"We believe that he was rearranged in the grave because he was believed to be undead."

"Upon opening the grave, the skull and femora were found in a 'skull and crossbones' orientation on top of the ribs and vertabrae, which were also found in disarray," the study's authors wrote. "On the coffin lid, an arrangement of tacks spelled the initials 'JB-55', presumably the initials and age at death of this individual."

Jennifer Higginbotham, a DNA researcher with the U.S. Armed Forces Medical Examiner System, said at the presentation that tuberculosis left ulcers on patients' lungs, causing their skin to go pale. They may have also had bloodstains on their mouths from coughing up blood and had their gums recede to give the appearance that their teeth had become elongated.

As corpses decompose, bodies degrade, including the lengthening of fingernails and hair and bloating. But hundreds of years ago, these actions were interpreted as signs that someone was a vampire, Higginbotham noted.

"We believe that he was rearranged in the grave because he was believed to be undead," Connecticut state archaeologist Nicholas Bellantoni said in an interview with The Washington Post.

Vampire lore has existed for hundreds of years and has become exceedingly popular in recent memory, thanks to the "Twilight" movies and HBO's "True Blood." However, Bram Stoker's "Dracula," which started the genre, was rooted in history, thanks to Vlad Dracula, also known as Vlad the Impaler.

Researchers recently found medieval cannonballs from culverins, an early form of cannon, that were most likely used by Vlad the Impaler, during his bloody battle in 1461 with the Ottoman Turks.