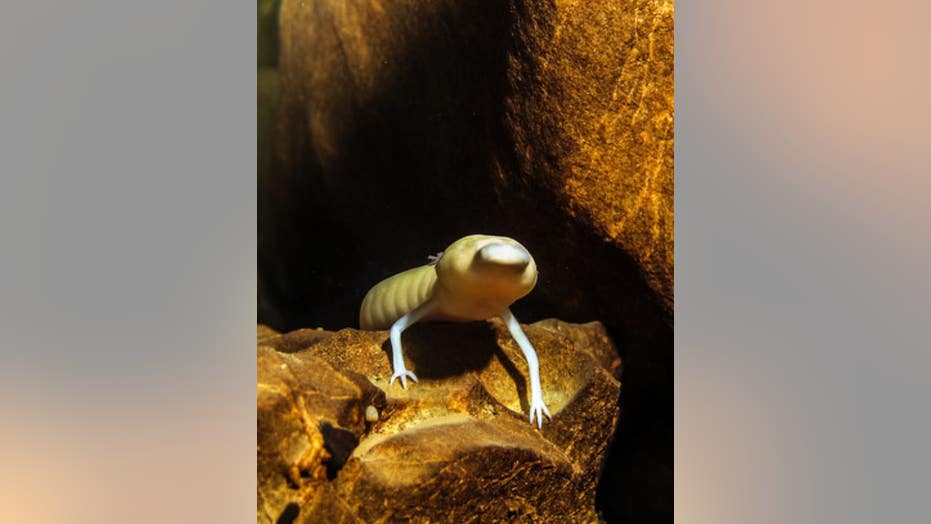 That's a long time to stay in the same spot.

A rare type of cave-dwelling salamander known as the olm can live a very long life, typically in Europe, but now researchers say that one salamander didn't budge for 2,569 days.

“They are hanging around, doing almost nothing,” lead scientist Gergely Balázs told The New Scientist.

Balázs and his colleagues at Eötvös Loránd University in Hungary came across the amphibian inside a cave in Bosnia and Herzegovina.

SEALS SEEN CLAPPING UNDERWATER AS A SHOW OF STRENGTH

Sometimes cave salamanders like to remain in one place, for a very long time. ((IvanaOK/Getty Images/iStockphoto))

Olms can go years without eating, they don't tend to enjoy socializing and other animals don't prey on them, according to The Independent.

The small, sedentary olms tend to move, according to the study, only when they need to find a mate -- which only happens roughly once every 12 years or so throughout their 100-year life span.

The researchers published their findings in the Journal of Zoology on Jan. 28.