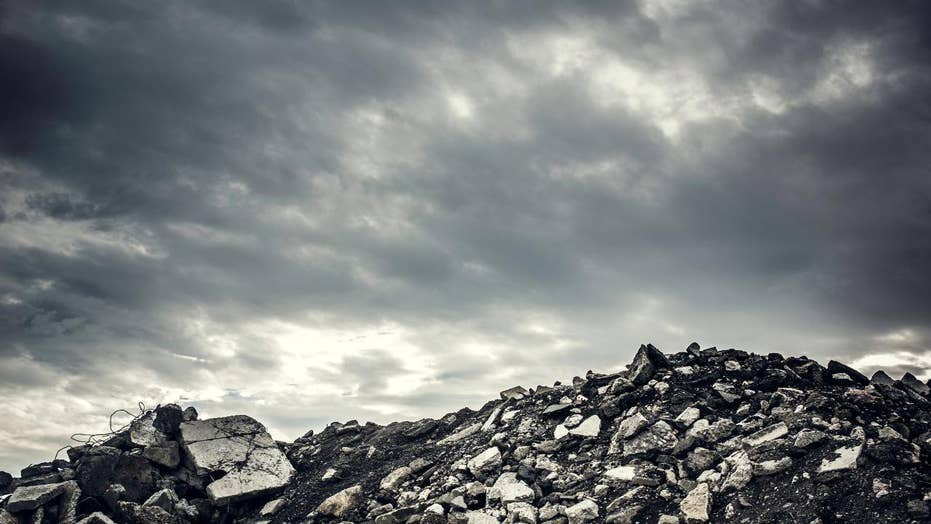 World to end on April 23 according to numerologist

Numerologist David Meade predicts the world will end on April 23. He says believers will be sent to heaven while nonbelievers will die over the next five months.

The end is here.

The world will cease to exist on April 23, according to a prediction that has some laughing, some yawning and yet others making preparations that could leave their lives in shambles. The warning about an upcoming Rapture, from numerologist David Meade, follows a long tradition of end-of-days predictions.

In the past, such dire warnings have spurred a small number of gullible believers to give away their possessions, and otherwise behave as if they were poised to meet their makers.

“Cranks!” said author Jonathan Sarfati of Creation Ministries International, referring to Meade, the numerologist. “These [predictions] are not consistent with the biblical stories. Everything Meade said about April 23 he said last year. At some point we have to stop believing people who keep crying ‘wolf.’”

Meade’s recent Rapture warning marks the second time in less than a year that he has warned about the end of the Earth. Last year Meade said the end was imminent. The end has failed to come many times previously, as well, with predictions going back to at least the Revolutionary War.

Cranks! At some point we have to stop believing people who keep crying ‘wolf.’'

Meade based the April 23 coming of the Rapture, when conviction holds that believers will be absorbed into the heavens while nonbelievers are left behind and die over a period of about five months, on the premise that the sun, moon and Jupiter, which supposedly represents the Messiah, will be in Virgo. Virgo is said to represent the woman from the biblical passage.

In 2011, a warning by a U.S. preacher, Harold Camping, that the Rapture would happen that year on May 21 prompted many followers of his evangelical ministry to quit their jobs and sell everything they owned. Camping’s Christian media empire spent millions of dollars to warn about the Rapture on thousands of billboards around the country.

Man sits in New York's Times Square in 2011 warning about the end of the world, as predicted by Evangelist preacher Harold Camping (Reuters)

When May 21 came and went Rapture-less, Camping said that he had gotten the day wrong, and that it would happen five months later. Then he said he realized that the significant day would not involve any physical manifestation, but a spiritual kind of Judgment Day. Camping, who died in 2013 at the age of 92, gave up prophecies shortly after his failed prediction.

"We realize that many people are hoping they will know the date of Christ's return," Camping wrote in March 2012. "We humbly acknowledge we were wrong about the timing."

"I had some skepticism, but I was trying to push the skepticism away because I believe in God," Keith Bauer told the New York Daily News in 2011, when he packed his family in a car and drove from Maryland to California for the supposed May 21 Rapture. The Bauer family visited Camping’s Oakland headquarters of Family Radio International.

"I was hoping for it because I think heaven would be a lot better than this Earth," he said when the day came . . . and went.

'We humbly acknowledge we were wrong about the timing.'

— Harold Camping, evangelical preacher, in 2012 after his predicted Rapture did not occur

Experts advise against selling all your belongings, going off your diet, ending training for that half-marathon next month, and quitting your job.

Sarfati says that such doomsday predictions reflect little understanding of astronomy and theology.

He said that the movement of the planets, which Meade cited, occurs every few years -- and the Earth continues to exist.

That’s not to debunk the belief and biblical teachings about an end and Judgment Day, experts say.

While people of different faiths believe that there will be some religious end to life on Earth, they disagree about how it will happen.

“Evangelical Christians, genuine Christians, disagree about whether there’s going to be a Rapture,” Sarfati said. “Even among those who agree that there will be a Rapture, some say it will come but that we don’t know when it’s coming.”

Courtney Campbell, a professor of religion and culture at Oregon State University, said that in biblical writings, Jesus himself tells followers to beware of false prophets, and that no person will know the day or hour that the end will come.

Evangelist preacher Harold Camping caused a stir in 2011 when he predicted that a series of earthquakes would end the world. (Reuters)

“People who make predictions are, in a certain sense, appealing to a portion of the biblical teachings [that address an end] and are trying to connect dots,” Campbell told Fox News.

The idea of a spectacular end to life on Earth is a central theme in such faiths as Christianity, Islam and Judaism, Campbell said. Campbell said that St. Paul told of a Rapture-like event in a letter to the first Christians.

Predictions of a Rapture became common in the 1840’s, Campbell said.

It resonates at times of uncertainty, he said, “when people have a sense of losing control, when there are attacks on institutions, on the rule of law, the things that have provided a sense of security.”

Campbell, who is fairly certain that alarm clocks will still go off after April 23 and beyond, advises this: “Prepare for April 24.”

● 1997: Author Richard Noone predicted in his book, “Ice: The Ultimate Disaster,” that on May 5, 2000, the planets would align and cause melting ice to strike the Earth’s Equator.

● 2000: Y2K fears were rampant that the end of one century and start of the next would lead to computer mayhem, affecting electricity and even causing airplanes to drop from the sky.

● April 2007: Evangelical Christian leader Pat Robertson set that month and year as the end of the world. It is one of several times that Robertson warned about the end.

● September 2009: The Large Hadron Collider fired up, leading to the speculation that the world’s biggest atom smasher could create a black hole that would swallow Earth.

● October 2015: Chris McMann, the leader of the eBible Fellowship group in Philadelphia, warned that a fire would end the world. When it failed to happen, McMann expressed shock.