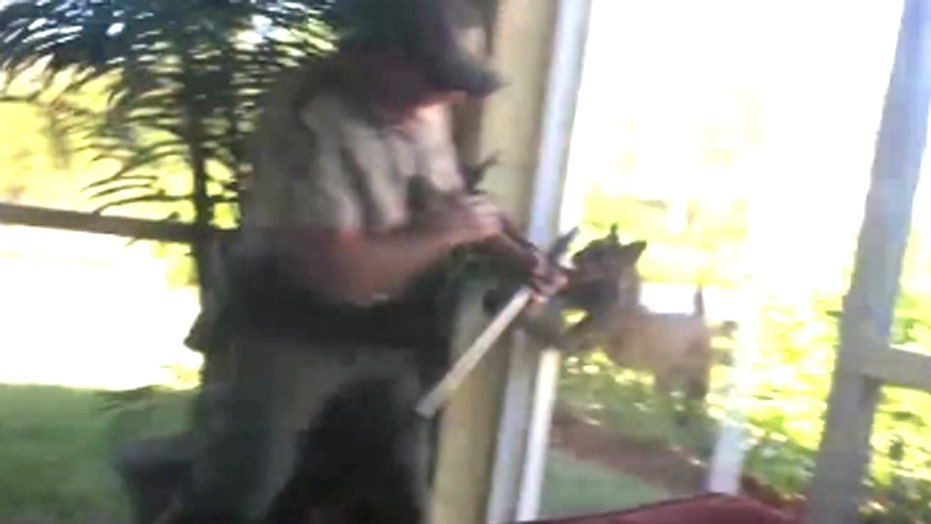 A video shows a rabid bobcat attacking a wildlife officer on the back patio of a Florida home.

In the video, the animal leaps to attack the wildlife officer, who fights the bobcat off with a pole snare and eventually captures it. Fox 13 reports that the cat later tested positive for the rabies virus.

Citing the Florida Department of Health, Fox 13 reports that the attack was one of two that occurred within four miles of each other in East Venice. Another cat attacked two men who were out walking. The animal ran off and has not yet been caught, although traps have been laid, according to Fox 13.

A 60-day rabies alert is now in place for Venice and North Port in Sarasota County.

The attack is just the latest unusual animal incident in the Sunshine State. In November a kayaker found a coiled 6-foot Burmese python on a platform off Florida’s coast.

Experts were stunned to see the python on the platform, which is located about half a mile off the coast. The snakes, an invasive species in Florida, can swim but don’t like salt water and are rarely in open water.