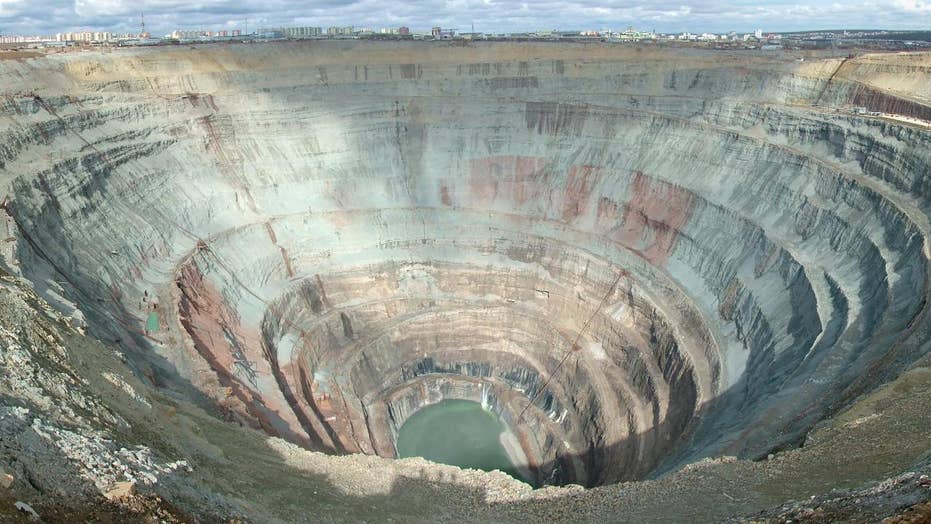 A quadrillion ton of diamonds found below Earth’s surface

A team of scientists made an enormous discovery when they recently uncovered a "quadrillion" tons of diamonds buried more than 100 miles below Earth's surface, according to a new study.

Researchers from the Massachusetts Institute of Technology (MIT), Harvard, the Carnegie Institution of Washington and several other universities used seismic devices to measure the speed of sound waves traveling through the Earth's crust.

"Sound waves move at various speeds through the Earth, depending on the temperature, density, and composition of the rocks through which they travel," MIT explained in a news release. "Scientists have used this relationship between seismic velocity and rock composition to estimate the types of rocks that make up the Earth’s crust and parts of the upper mantle, also known as the lithosphere."

The scientists noticed a sudden spike in seismic speeds toward the bottom of 200-mile cratons, or sections of rocks found "beneath the center of most continental tectonic plates." In order to find out what was causing the sound waves to speed up, the researchers conducted several tests on various rocks and minerals.

"Only one type of rock produced the same velocities as what the seismologists measured: one that contains 1 to 2 percent diamond," the scientists explained in the study.

"We can’t get at them, but still, there is much more diamond there than we have ever thought before."

Therefore, scientists believe it's safe to conclude diamonds make up the bottom of cratons. They estimate there are about a quadrillion tons wedged inside the ancient rocks.

“[Cratons] are like pieces of wood, floating on water,” Ulrich Faul, a research scientist in MIT’s Department of Earth, Atmospheric, and Planetary Sciences, said in an online statement. “Cratons are a tiny bit less dense than their surroundings, so they don’t get subducted back into the Earth but stay floating on the surface.

Unfortunately, there's no way to access the gemstones — as drills are unable to dig 200 miles into the Earth's crust. But researchers say it proves diamonds aren't as rare as we once thought.

“This shows that diamond is not perhaps this exotic mineral, but on the [geological] scale of things, it’s relatively common. We can’t get at them, but still, there is much more diamond there than we have ever thought before," said Faul, clarifying there's about 1,000 times more diamonds in the world than initially predicted.