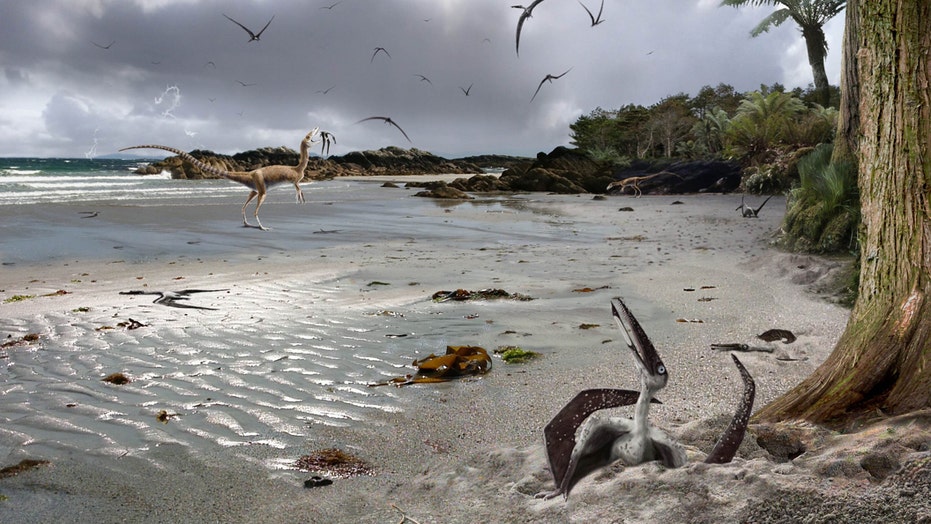 Like Frank Sinatra, even baby pterosaurs could sing "Come Fly With Me."

A new study published on Wednesday reveals that pterosaurs — flying reptiles that lived during the age of dinosaurs — had the ability to fly right at birth.

The research, published in Proceedings of the Royal Society B, lays waste to the previous claim that pterodactyls (also known as pterosaurs) were only able to fly once they reached full size, an assumption that was based on fossilized embryos found in China with "poorly developed wings."

The research new paper cites evidence from all of the known pterosaur embryos found on the planet and argues that they were able to fly immediately after they were born.

"Theoretically, what pterosaurs did, growing and flying, is impossible, but they didn't know this, so they did it anyway," said Dr. David Unwin, the study's lead author, in a statement.

Unwin and co-author Charles Deeming looked at 19 different embryos from four different species. They found that "[f]arly ossification of the vertebral column, limb girdles and principal limb bones involved some heterochronic shifts in appearance times, most notably of manus digit IV, and facilitated full development of the flight apparatus prior to hatching," according to the study's abstract.

"This is consistent with a super-precocial flight ability and, while not excluding the possibility of parental care in pterosaurs, suggests that it was not an absolute requirement," the abstract added.

Unlike modern-day birds or bats, baby pterodactyls did not have any parental care. Instead, they had to fend for themselves after birth, the statement added, lending additional weight to the fact that flight and evading predators was paramount right from birth. It also explains why so many of them died at an early age.

"Our technique shows that pterosaurs were different from birds and bats and so comparative anatomy can reveal novel developmental modes in extinct species," Deeming added in the statement.

The odd behavior by pterosaurs at an early age may have also led to their enormous wingspans, the researchers noted. Wingspans for the flying reptile varied in size, ranging from 10 inches to more than 30 feet.

In 2017, a new pterosaur found in Mongolia had a 32-foot wingspan, according to National Geographic.