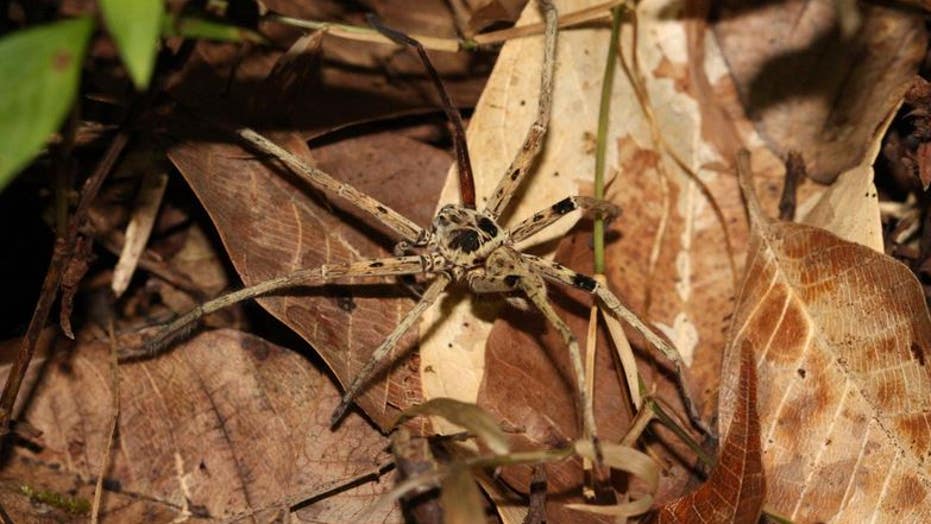 Predators, especially small invertebrates like spiders, are more likely to be decimated when natural habitats get converted for human use, a new global study claims.

The first of its kind study looked at over one million records of animal abundance at sites that included primary forests, managed farmland and cities. The data represents over 25,000 species across 80 countries.

“Normally when we think of predators, we think of big animals, like lions or tigers. These large predators did not decline as much as we expected with habitat loss, which we think may be because they have already declined because of human actions in the past (such as hunting)," Tim Newbold, at UCL (University College London) and lead author of the research, said in a press statement. "We find small predators – such as spiders and ladybirds – to show the biggest declines.”

STARVING LIONS IN SUDAN PARK PROMPT WORLDWIDE EFFORT TO SAVE THEM

A Malaysian spider, one of the small predators found in the study to be most affected by habitat loss. (Tim Newbold_ (Tim Newbold)

COULD YOU LIVE IN A GIANT FUNGUS MEGASTRUCTURE?

According to researchers, the results show that humans are having a major impact on the world's ecosystems, with disproportionate losses happening at the top of the food chain. Scientists hope that gaining a stronger understanding of how land-use impacts different species could help us figure out more about these ecosystems.

"Human land use has caused substantial declines in global species richness. Evidence from different taxonomic groups and geographic regions suggests that land use does not equally impact all organisms within terrestrial ecological communities, and that different functional groups of species may respond differently," the scientists write in the paper's abstract.

Their work was published on Monday in the British Ecological Society journal Functional Ecology.