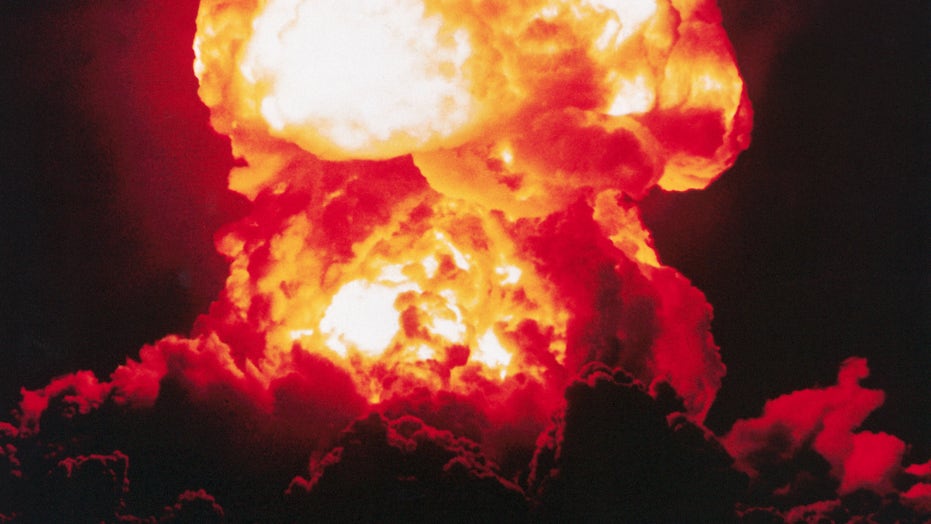 A nuclear conflagration between India and Pakistan would devastate global food supplies, a new study claims.

A new study led by a University of Chicago scientist finds that such a conflict would have horrifying consequences well beyond that region of the world.

Researchers combined climate, agriculture and economic models to show that a limited nuclear conflict would produce a decade of global cooling and a severe decline in crop production that would compromise global food security.

"The impact is very stark," first author Jonas Jägermeyr, a postdoctoral researcher in University of Chicago's Department of Computer Science and NASA's Goddard Institute for Space Studies, said in a statement.

According to the study, by year four after the nuclear conflict, 132 of 153 countries -- with a total population of 5 billion people -- would experience food shortages above 10 percent.

HEAT STRESS COULD IMPACT 1.2 BILLION PEOPLE PER YEAR BY END OF THE CENTURY

A new study concludes that even a small scale nuclear conflict would cause a global crop crisis. Above, the detonation of the atomic bomb nicknamed "Smokey," as part of Operation PLUMBBOB in the Nevada desert. 1957. (Photo by © CORBIS/Corbis via Getty Images)

"It would be the largest anomaly ever recorded, larger than the Dust Bowl event in the '30s and exceeding the impact from the largest volcanic eruptions in modern history," Jägermeyr said.

This type of sudden change in climate would lead to severe crop losses, which would end up exacerbating the effect of a regional conflict, causing a global crisis.

BEARS COME OUT OF HIBERNATION EARLY AFTER HOTTEST WINTER IN HISTORY

The study, which was published Monday in Proceedings of the National Academy of Sciences, was able to simulate the global indirect consequences from the use of nuclear weapons and the subsequent release of massive amounts of fire-related soot into the Earth's atmosphere.

"Sudden cooling is actually more harmful to global crop production than the same amount of anthropogenic warming," Jägermeyr explained in a statement.

"It primarily hits the northern breadbasket regions, while basically happening overnight compared to a gradual, long-term, systemic climate change where societies have potential for adaptation. In this case, cooling happens within a year, and we don't have the capacity to roll out new varieties of crops to adapt to a changed environment," he said.