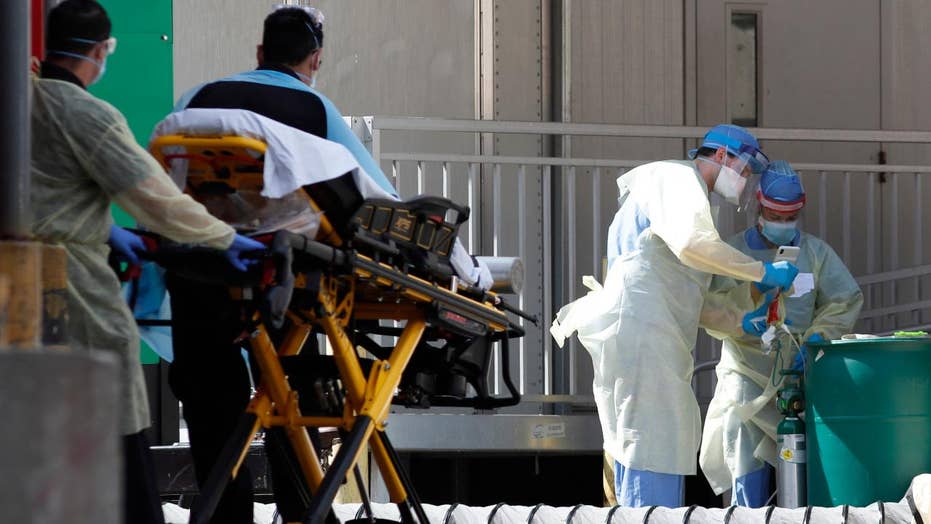 David Lee Miller reports on the COVID-19 pandemic in New York and plans to treat the sick; Casey Stegall reports on latest numbers from New Orleans and how officials are trying to keep coronavirus cases from continuing to spread.

Two separate studies show that the coronavirus outbreak in the New York City area – by far the most deadly in the U.S. – originated from Europe, not China, according to a report.

Researchers conducting one of the studies have detected seven separate lineages of viruses that have arrived in the New York City area and they expect to find more, The New York Times reported Wednesday.

NEW YORK HAS BEEN CRUSHED BY COVID-19. WILL OTHER US CITIES BE SPARED?

Despite examining different examples of the outbreak, researchers from both teams reached largely the same conclusions about its origins, the Times reported.

“The majority is clearly European,” Dr. Harm van Bakel, a geneticist and co-author of the Icahn School’s study, told the newspaper.

Travelers likely carrying the virus had already been arriving in New York from Europe before Jan. 31, when President Trump limited entry by foreign nationals who’d been in China and March 11, when the president announced plans to block travelers from most parts of Europe, the Times reported.

On March 19, the newspaper reported that travelers arriving from Europe – where outbreaks in Italy and Spain were severe – were being asked at New York’s John F. Kennedy International Airport only if they had been to China or Iran, not if they had visited the hardest-hit nations in Europe.

Researchers need to track the history of the virus so they will be able to develop vaccines and modify them as the virus mutates into other forms, the report said.

As of late Wednesday, the novel coronavirus, also known as COVID-19, had infected 1.5 million people worldwide and killed nearly 88,000 people.

Click here for more from The New York Times.