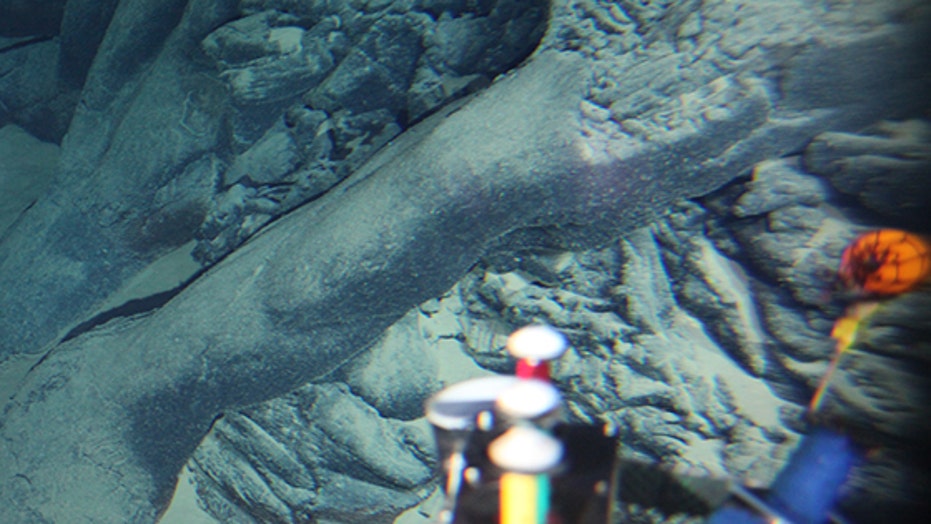 Researchers have discovered a new, small volcano in the Pacific Ocean off Japan.

The team from Japan’s Tohoku University found the volcano in the western part of the Pacific Ocean near Minamitorishima Island. The volcano is known as a “petit-spot” volcano on account of its small size.

Experts think that the volcano erupted less than 3 million years ago. Petit-spot volcanoes were first discovered in 2006 near the Japan Trench, to the northeast of Japan.

The new volcano was discovered in the Pacific Ocean off Japan. (Tohoku University)

"The discovery of this new Volcano provides an exciting opportunity for us to explore this area further, and hopefully reveal further petit-spot volcano," said Naoto Hirano, an associate professor at Tohoku University, in the statement.

The research is published in the journal Deep-Sea Research Part I.

Experts think that the volcano erupted less than 3 million years ago.

In a separate project, scientists recently revealed that a volcanic undersea eruption created an island in the Pacific Ocean near Tonga while sinking another small island nearby.