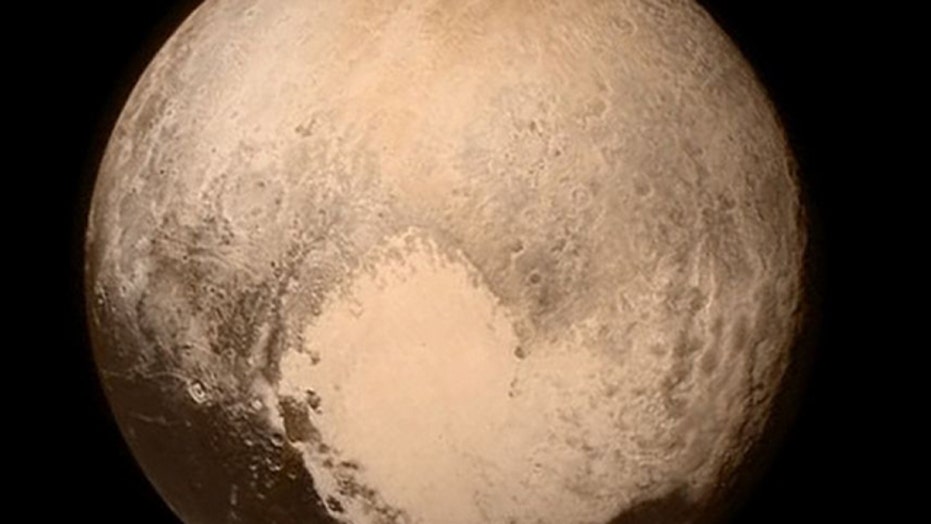 NASA’s New Horizons spacecraft made its historic flyby of Pluto early Tuesday after travelling 3 billion miles on its epic journey -- which lasted more than 9 years -- to the dwarf planet.

New Horizons made its closest flyby at 7:49 a.m. ET, passing within 7,750 miles of Pluto's surface, roughly the distance between New York and Mumbai.

An image released by NASA, taken before the flyby, showed the dwarf planet closer than ever before.

The flyby sparked celebrations at the Johns Hopkins Applied Physics Laboratory in Laurel, Md., which is managing the mission.

"So many people put so much work into this around the country," said Alan Stern, associate vice president of the Southwest Research Institute and New Horizons principal investigator. "It's a moment of celebration."

The image released by NASA, taken when New Horizons was 476,000 miles from Pluto, offers a fascinating glimpse of the dwarf planet. The image is dominated by a large, bright feature dubbed the "heart", which measures around 1,000 miles across. "The heart borders darker equatorial terrains, and the mottled terrain to its east (right) are complex," explained the New Horizons team, in a statement. "However, even at this resolution, much of the heart’s interior appears remarkably featureless - possibly a sign of ongoing geologic processes."

Pluto has fascinated astronomers since 1930, when it was discovered by Clyde Tombaugh using the Lowell Observatory in Flagstaff, Ariz. Some of Tombaugh's ashes are aboard New Horizons.

Scientists, however, won't be absolutely certain of the mission’s success until around 9 p.m. ET Tuesday night, when it "phones home." It will be October 2016 before all the data from the New Horizons mission is transmitted back to Earth.

New Horizons is the first-ever space mission to explore a world so far away from Earth, according to NASA.

The spacecraft's flyby of Pluto and its five known moons provides valuable insight into the solar system's Kuiper Belt, which contains icy objects that range in size from boulders to dwarf planets, NASA said. Kuiper Belt objects, such as Pluto, can preserve evidence about the early formation of the solar system

"The exploration of Pluto and its moons by New Horizons represents the capstone event to 50 years of planetary exploration by NASA and the United States," said NASA Administrator Charles Bolden, in a statement. "The United States is the first nation to reach Pluto, and with this mission has completed the initial survey of our solar system, a remarkable accomplishment that no other nation can match."

Launched in 2006, New Horizons passed by Jupiter in 2007 on its journey to Pluto. The fastest spacecraft ever, the probe traveled at 30,000 mph.

New Horizons gave NASA scientists a scare earlier this month when it experienced a technical glitch less than two weeks before completing its ambitious mission. An investigation found no hardware or software faults on the spacecraft.