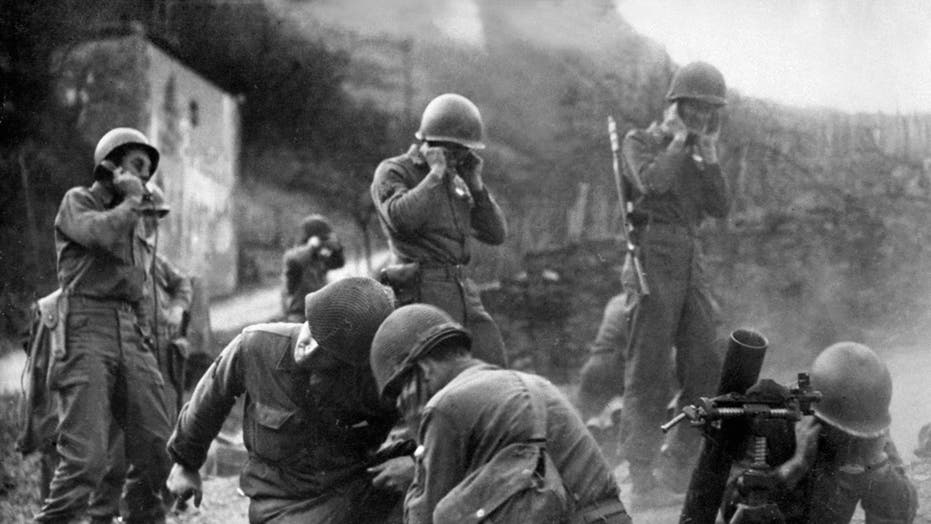 A shocking documentary is shedding new light on just how far the Nazis and Allied soldiers went in an attempt to win World War II — including the use of performance-enhancing drugs.

"Secrets of the Dead: World War Speed," which airs June 25 on PBS, reveals that Nazi soldiers were given the methamphetamine Pervitin, manufactured by Temmler Pharmaceutical, while American and British forces used everything they could get their hands on, including coffee, Pervitin obtained from Nazi forces and the amphetamine Benzedrine.

"In 1940, the British army discovered Pervitin in a downed German plane in the south of England, unlocking the secret to the German troops’ boundless energy, and leading the Allies to consider the same tactic for their troops," PBS representatives wrote in a statement.

The representatives continued: "The Allied troops decided to use the amphetamine. Both drugs make users intensely alert by flooding them with a sense of euphoria. With its added methyl-group molecule, Pervitin races across the blood-brain barrier a bit faster than Benzedrine. Otherwise, the two drugs have virtually the same impact."

Military officials (including U.S. General and future President Dwight Eisenhower, who ordered 500,000 tablets of Benzedrine) were anxious to gain an edge in the war. They wanted to push the soldiers past their limits, hoping the drugs would "defeat not just the need for sleep, but anxiety and fear among troops" as well.

LiveScience reports that in 1940, the year of the Nazis' relentless attacks against Britain (also known as the Blitzkrieg), approximately 35 million Pervitin tablets were sent to 3 million German soldiers, seamen and pilots, citing data from the British War Office.

The findings were compiled by Nicolas Rasmussen, a professor at the University of New South Wales in Australia and published in 2011.

However, the implications of the drugs were largely overlooked, PBS reports.

According to the National Institute on Drug Abuse (NIDA), methamphetamine is chemically similar to amphetamine and can be used in a variety of different ways, including smoking, pills, snorting or injecting the powder after it is dissolved in water or alcohol.

Some of the long-term consequences of methamphetamine use include extreme weight loss, addiction, memory loss, violent behavior, paranoia and several others.

"In addition, continued methamphetamine use causes changes in the brain's dopamine system that are associated with reduced coordination and impaired verbal learning," NIDA writes on its website. "In studies of people who used methamphetamine over the long term, severe changes also affected areas of the brain involved with emotion and memory. This may explain many of the emotional and cognitive problems seen in those who use methamphetamine."

The organization even cited a recent study that people who once used methamphetamine "have an increased the risk of developing Parkinson's disease."

And though Benzedrine was determined not to be as dangerous as Pervitin (it was administered in tablet and inhalant form), the drug was still harmful to soldiers, documentary consultant James Holland told Live Science.

"It stops you from sleeping, but it doesn't stop you from feeling fatigued," he told the news outlet. "Your body has no chance to recover from the fatigue it's suffering, so there comes a point where you come off the drug and you just collapse, you can't function."

Holland added that the full extent of the addiction and the devastating effects were not "properly understood" and that there was "very little help" given to the people who became addicted.

"By the end of the Second World War, you saw increasing knowledge of the side effects of these drugs," Holland said. "What you don't see is what to do with people once they become hooked — that's something that had to be learned the hard way in the years that followed."