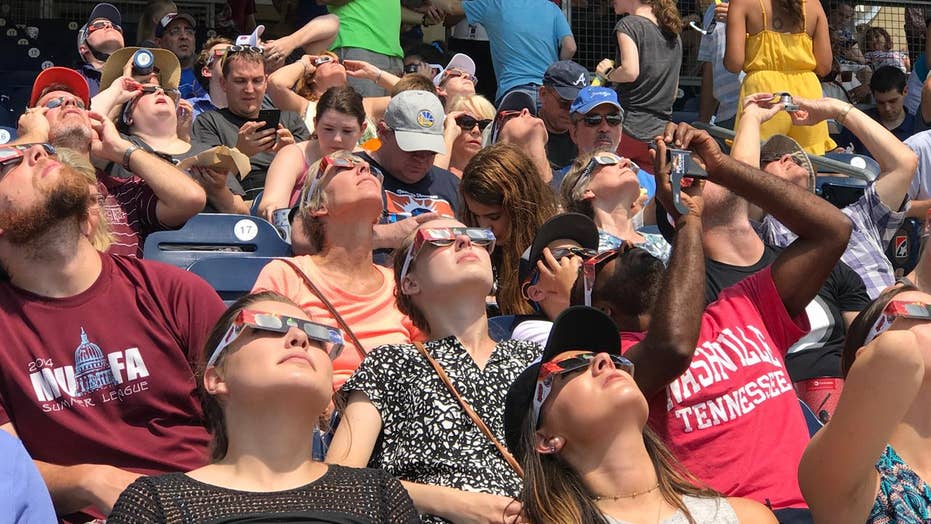 Nashville hosts over one million visitors for solar eclipse

Nashville, Tenn., is known for its music scene but on Monday it became a hot spot for those who wanted to see the first total solar eclipse in the country in nearly a century.

Residents and visitors turned out for events scattered throughout the city and one of the prime viewing locations and events drew thousands from around the country and world.

According to Mayor Megan Barry, over one million people descended upon the city for the event. Barry says the eclipse will likely be a huge boost for the city’s economy. She adds the Music City is the largest in the path of totality in the United States.

“The hotels are full, the flights coming in and out of Nashville are completely [booked], you couldn’t even get a flight in and out of here,” Barry said. We expect over a million visitors so that economic impact will be amazing.”

At the First Tennessee Park in downtown Nashville, over 8,500 people gathered from 35 different states and at least 10 different countries to take in the celestial phenomenon that many humans on planet Earth may not get the chance to see.

“It was going to be once in a lifetime,” said Teresa Cosentini, who lives in nearby Franklin, Tenn. "I started to cry. It was pretty moving. It’s just the amazing thing about the universe, we are tiny beings on this planet and that is quite a spectacle.”

Jagger Williams says he was surprised how colorful the Sun’s corona became once the moment of totality passed over the city.

"I didn’t really know what to expect,” Williams said. It got so much darker than I really ever imagined and it was really colorful to so I didn’t really expect that either. That black dot in the middle of the sun and a whole bunch of colors surrounding it, that was really cool.”

The next solar eclipse visible in the United States will be in 2024.