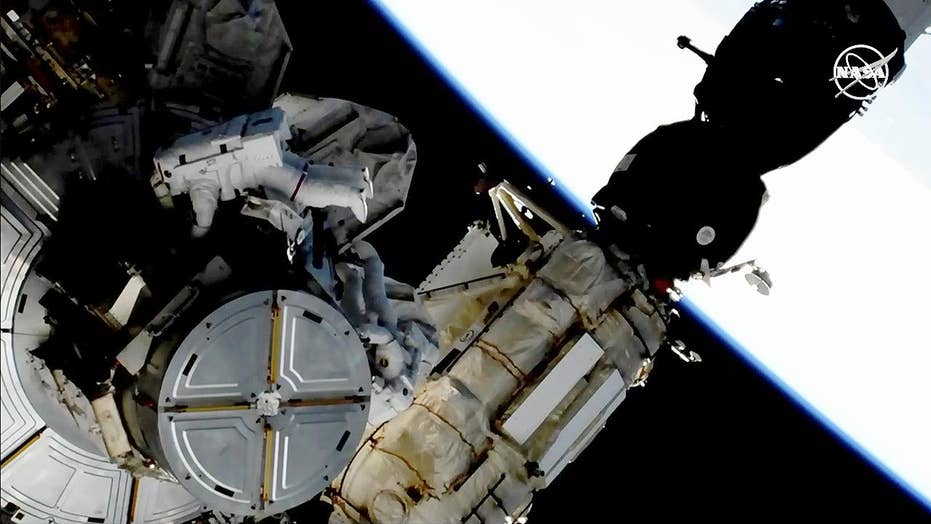 Plans for NASA’s upcoming spacewalk have been altered.

The March 29 assignment was supposed to be the first all-female spacewalk, but there won't be enough of the correctly-sized spacesuits ready in time for Friday, so it will be performed by a man and a woman instead, a NASA press release said Monday.

Anne McClain and Christina Koch, two NASA astronauts with Expedition 59, had been scheduled to operate the spacewalk, but mission managers decided to switch so that Koch and NASA astronaut Nick Hague could operate the assignment.

Hague and McClain operated the first spacewalk out of a series of three on March 22.

They began installing lithium-ion batteries for a pair of solar arrays on the International Space Station, according to the release.

While McClain was on the assignment -- which was also her first spacewalk -- she found that the best-fitting “shirt” of the spacesuit was medium-sized.

However, there is only one medium-sized hard upper torso at the space station that will be ready in time for Friday’s spacewalk, so Koch will wear it, the release said.

It will be Koch’s first spacewalk. She and Hague will be completing the battery installation.

As of now, McClain will perform her second spacewalk on April 8, for the third of the series.

McClain will be accompanied by Canadian Space Agency astronaut David Saint-Jacques, though the assignments will be finalized after Friday’s spacewalk is finished.

Initially, Hague and Saint-Jacques were scheduled to perform the April 8 spacewalk together.

Spacewalks, also called extravehicular activity (EVA), usually last between five and eight hours and are conducted so that astronauts can make repairs on equipment or carry out experiments. Each of the upcoming spacewalks on March 29 and April 8 are expected to last about six and a half hours, according to the release.