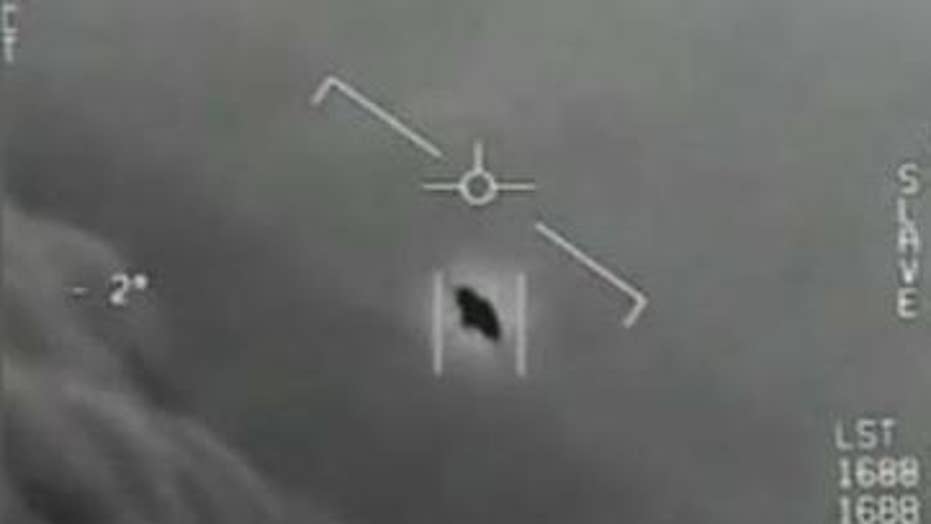 The truth about UFO mysteries

There's been little fallout from the acknowledgement of existence of the Pentagon’s secret project to investigate unidentified flying objects — the Advanced Aerospace Threat Identification Program (AATIP) - and one expert believes it may be time for congressional hearings. #Tucker

NASA was set up in part to find traces of extraterrestrial life in the universe. While the government space agency has yet to find any definitive evidence that extraterrestrials exist, one NASA scientist believes we may have already been visited by them here on Earth.

In a new research paper, Silvano P. Colombano, who in addition to being a computer scientist at NASA Ames Research Center, is also a professor, theorizes that intelligent life may not be what we are used to and may not necessarily use the traditional building blocks of that humanity is accustomed to, such as carbon.

"I simply want to point out the fact that the intelligence we might find and that might choose to find us (if it hasn’t already) might not be at all be produced by carbon based organisms like us," Colombano wrote in the paper.

So if extraterrestrials are not carbon-based, what does that do to our assumptions about what to look for? Well, a lot, Colombano noted.

"Our typical life-spans would no longer be a limitation (although even these could be dealt with multi-generational missions or suspended animation), and the size of the 'explorer' might be that of an extremely tiny super-intelligent entity," Colombano added in the paper.

Colombano also suggests that extraterrestrials may have figured out technology that humans can not comprehend yet, making tasks such as interstellar travel possible. "If we adopt a new set of assumptions about what forms of higher intelligence and technology we might find, some of those phenomena might fit specific hypotheses, and we could start some serious enquiry," he suggested.

Still, the scientist concedes that interstellar travel could be "an unbreakable barrier, over spans of thousands of years," though he added that interstellar journey could be possible depending on what we assume about various forms of life.

"Considering further that technological development in our civilization started only about 10K years ago and has seen the rise of scientific methodologies only in the past 500 years, we can surmise that we might have a real problem in predicting technological evolution even for the next thousand years, let alone 6 Million times that amount!" he explained.

Colombano, who holds a doctorate in biophysical sciences according to his LinkedIn page, also said that not every UFO sighting can be "explained or denied" and asked people to look through the "very large of amount of 'noise' when it comes to reporting on the subject.