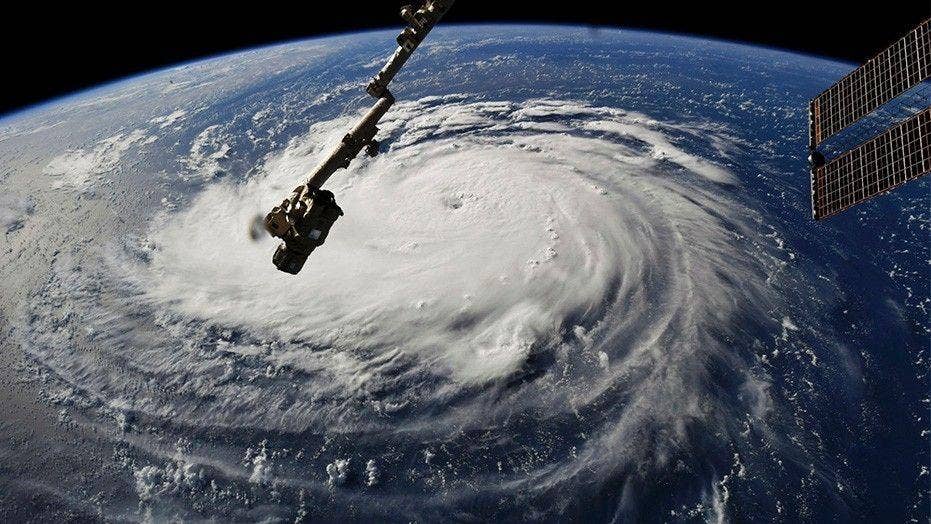 NASA has posted a stunning video of Hurricane Florence from the International space station as it continues to barrel towards the Carolinas.

As Hurricane Florence continues barreling toward the Carolinas, NASA has posted a remarkable video of the storm with winds approaching 130 mph.

The video, taken with a high-definition camera outside the International Space Station, shows a "stark and sobering view" of the Category 4 storm as it moves in a west-northwesterly direction across the Atlantic.

"The National Hurricane Center forecasts additional strengthening for Florence before it reaches the coastline of North Carolina and South Carolina early Friday, Sept. 14," NASA wrote in the description of the video.

Astronaut Ricky Arnold, who is aboard the ISS, also snapped a picture of the storm, writing that the ISS crew is "thinking of those who will be affected" by its devastation.

Hurricane Florence, a powerful Category 4 storm, could stall upon reaching the Carolina coast and make a slight shift south toward South Carolina once it makes landfall, becoming "a major flooding event," according to Fox News Senior Meteorologist Janice Dean.

The storm, which is poised to affect millions this week in the southeastern U.S., is "expected to bring life-threatening storm surge and rainfall" to North Carolina, South Carolina and Virginia, and parts of the Mid-Atlantic states, the National Hurricane Center (NHC) said.

Those warily watching Florence have compared it to Hurricanes Fran and Hugo, which pummeled North Carolina and South Carolina, respectively, more than two decades ago.

“It’s not exactly comparable to Hugo, but it is forecast to be a major hurricane making landfall, so in that sense it will be like Hugo,” National Weather Service meteorologist Jake Wimberley told The Charlotte Observer.