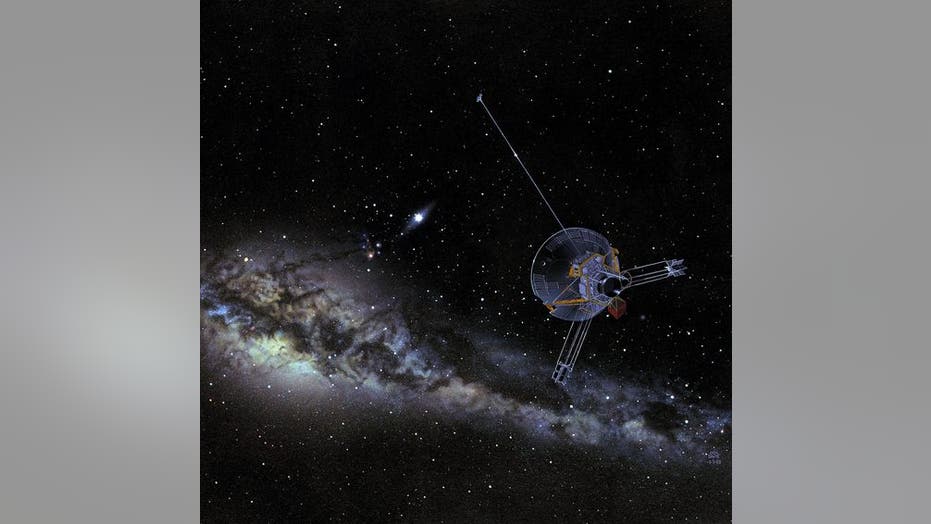 A NASA scientist has created a new concept for an engine that he says can move "close to the speed of light" – all without any moving parts or need for fuel.

The paper, written by David Burns from NASA's Marshall Space Flight Center, discusses a "helical engine" that can be used to travel across interstellar distances, send astronauts to the moon in approximately one second and Mars in less than 13 minutes, according to The Sun, which first reported the news.

"A new concept for in-space propulsion is proposed in which propellant is not ejected from the engine, but instead is captured to create a nearly infinite specific impulse," Burns wrote in the paper's abstract. "The engine accelerates ions confined in a loop to moderate relativistic speeds, and then varies their velocity to make slight changes to their mass. The engine then moves ions back and forth along the direction of travel to produce thrust. This in-space engine could be used for long-term satellite station-keeping without refueling."

"It could also propel spacecraft across interstellar distances, reaching close to the speed of light," Burns added in the abstract. "The engine has no moving parts other than ions traveling in a vacuum line, trapped inside electric and magnetic fields."

Burns' idea is novel, as it completely removes one of the heaviest components of space flight--fuel.

NASA is looking into the possibility of using ice and water on the surface of the moon as rocket fuel, but any potential solution would likely be years, if not decades, away.

The concept, which Burns admitted he is not sure is viable, takes inspiration from high-tech particle accelerators, similar to what is seen at the Large Hadron Collider at CERN.

"If someone says it doesn't work, I'll be the first to say, it was worth a shot," Burns said in an interview with New Scientist. "You have to be prepared to be embarrassed. It is very difficult to invent something that is new under the sun and actually works."