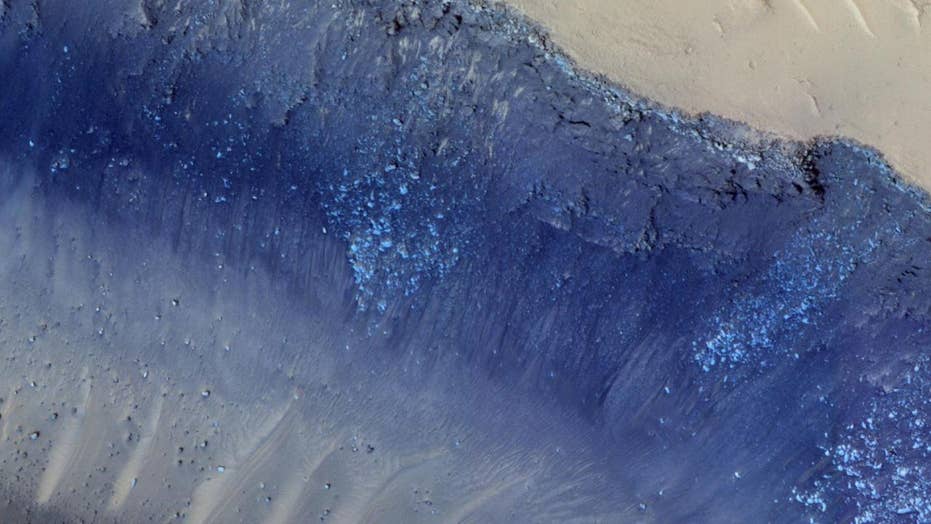 NASA captured a Martian landslide in a stunning new photograph from the Mars Reconnaissance Orbiter.

NASA has released a stunningly beautiful image of a landslide on Mars in an area known as Cerberus Fossae.

Believed to be the youngest fault system on Mars, Cerberus Fossae, "is a steep-sided set of troughs cutting volcanic plains to the east of Elysium Mons," according to the University of Arizona.

In Cerberus Fossae, NASA said it sees evidence of two types of activity. "First, the light bluish boulders on the slope appear to originate at a layer of bedrock (also light blue) near the top of the section," the space agency wrote on its website.

The image was taken by the HiRISE camera on the Mars Reconnaissance Orbiter, a spacecraft that has been in orbit since 2006.

The exploration of Mars continues to fascinate NASA and researchers around the world. Earlier this week, the InSight lander recorded the first-ever "Mars quake."

Last month, an orbiter from the European Space Agency unveiled an image of remnants of dust storms that made it look like a hairy, blue spider on the Martian landscape.