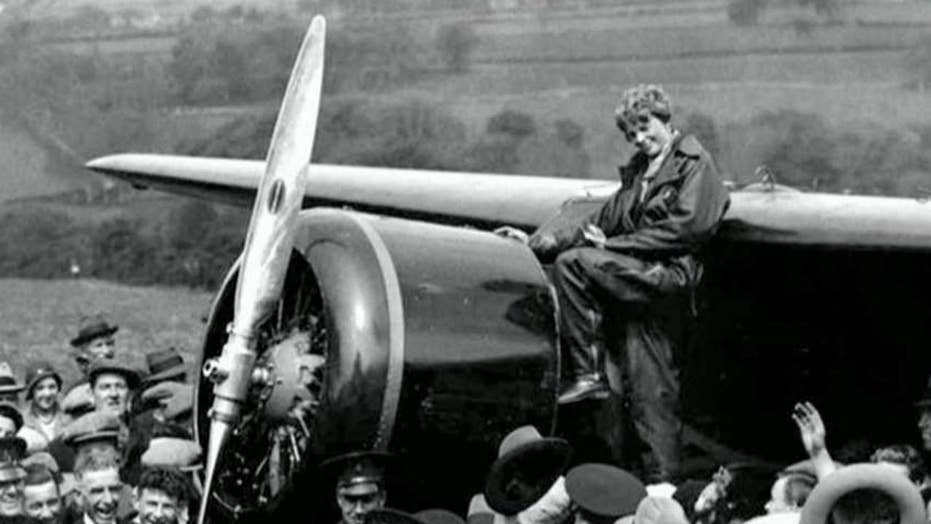 Surfaced photographs potentially show the aviator and her navigator

The mystery surrounding Amelia Earhart's disappearance has bewildered many for years. Some have proposed that her plane simply crashed and sank, while others have pondered a number of other explanations, including capture by the Japanese, or that she lived out her days on Gardner Island.

One frequent theory is that Earhart's remains may have been eaten by coconut crabs, a 3-foot-long crab with claws so powerful it can crack open a coconut.

The unproven theory suggests that Earhart crashed on the island of Nikumaroro and the crabs ate her remains. A British colonial officer in 1940 who was on the island said that a skeleton with measurements that “matched the description of Amelia Earhart" was discovered by researchers but it was ultimately lost.

The theory has been around for years and was recently mentioned in stories by The Washington Post and others, highlighting the ferocity of the crabs.

It was even mentioned in 2013 by the Smithsonian magazine, citing an article from Environmental Graffiti.

A recent video from a scientist highlights a coconut crab attacking and killing a red-footed booby on Chagos Archipelago.

The crabs can grow up to 3 feet, 3 inches in length and weigh as much as 9 pounds. The force in their claws is the equivalent of crushing 6 tons and they can live up to 60 years.