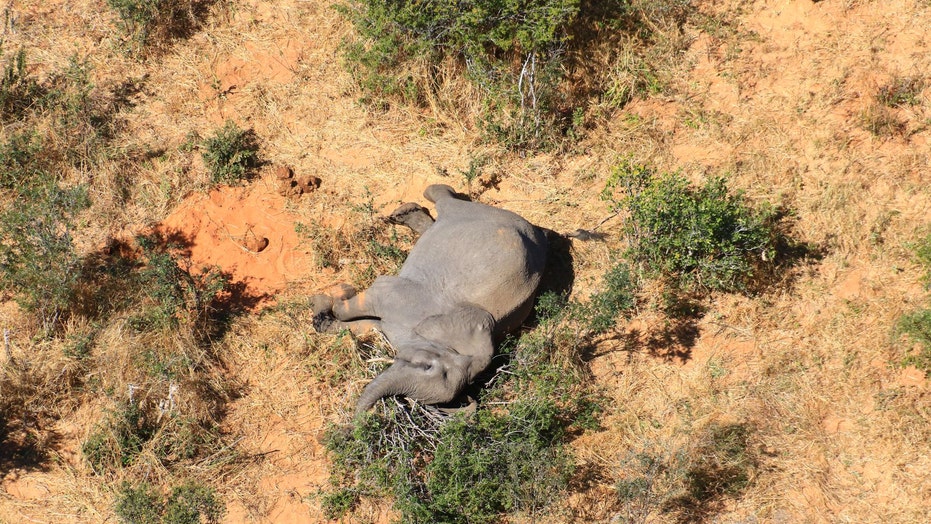 The mysterious deaths of over 300 elephants in Botswana earlier this year may be the result of toxic algae in the water, officials say.

The sudden die-off of the elephants close to the country’s Okavango Delta sent wildlife experts and government officials searching for answers.

The elephants in the Seronga area died from a neurological disorder that appears to have been caused by drinking water tainted by "a toxic bloom of cyanobacterium in seasonal pans (water sources) in the region,” Cyril Taolo, acting director of the Department of Wildlife and National Parks, said last week.

'CATASTROPHIC' ELEPHANT DEATHS MYSTERY: HUNDREDS HAVE DROPPED DEAD IN BOTSWANA, AND NO ONE KNOWS WHY

The unexplained deaths ceased after the water pans dried up, said Taolo in a press conference in Gaborone, the capital.

Heartbreaking aerial photos showed the dead elephants dotted around the Botswanan landscape. The mysterious deaths also sparked concerns about the potential health impact on people living in the local area.

“What we know is that the Government of Botswana (and international partners) found potentially harmful cyanobacteria in the water in the area where the elephants died,” he told Fox News via email. “What we don’t know, and there is no way of proving now the carcasses have decomposed, is whether toxins from these cyanobacteria killed the elephants. It is the hypothesis that many of us were favouring over the past few weeks, but it’s basically impossible to prove at this stage.”

McCann described poisoning by people as a strong competing hypothesis but noted there is no direct evidence for it.

“Finding potentially harmful cyanobacteria is an important piece of the puzzle, what we need to do now is identify what toxins they produce and understand which species (including people) are at risk,” he said. “We then need to figure out how to identify these harmful algal blooms and mitigate their damaging effects.”

Taolo could not explain why the toxins did not affect any other animals drinking the affected water. He also ruled out human efforts like anthrax, poaching and sabotage.