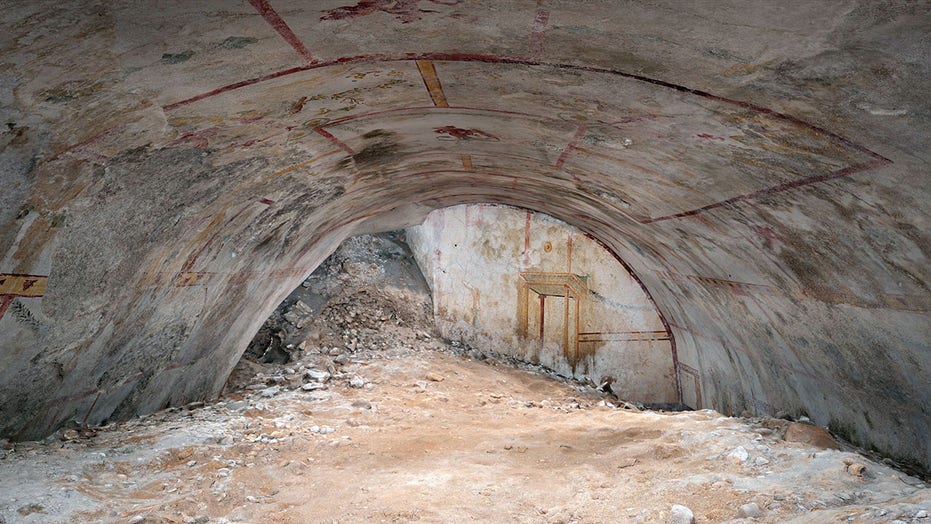 A mysterious underground chamber has been discovered under the palace of Roman Emperor Nero, a secret that had been kept for almost 2,000 years.

The chamber, which was found by archaeologists who were working on restorations of the Domus Aurea palace late last year, also contains walls that are adorned with real and mythical creatures, such as a "silent and solitary sphinx," according to a translated statement discussing the find.

"The discovery of this room is part of the scientific research strategy that the Park carries out every day together with the safety and restoration interventions," Alfonsina Russo, director of the Archaeological Park of the Colosseum, explained in the statement. "In the dark for almost 20 centuries, the Sala della Sfinge [Sphinx room] – as we have called it – tells us about the atmosphere of the years of the principality of Nero."

The Sphinx Room was uncovered by accident as the archaeologists continued to restore the palace, which was built after the Great Fire of Rome in 64 A.D. Known as "the Golden House" or Domus Aurea, the spacious building had 300 rooms built on more than 300 acres.

The statement also notes that the drawings of the creatures, which include centaurs, birds, sea creatures and a warrior fighting a panther, were done in red with evidence of gilding.

Known as Rome's most notorious emperor, Nero committed suicide in 68 A.D. after he had learned that he had been condemned to death as a public enemy.

Nero lived extravagantly and it was shown in his dwellings, including his first palace, the Domus Transitoria, Russo told The Associated Press last year.

"Nero wanted an atmosphere that expressed his ideology, that of an absolute ruler, an absolute monarch," Russo said of the Domus Tranisitoria, which was criticized by Nero's contemporaries for its opulence, with inlaid marble, frescoed walls and ceilings, and trimmings of gold and precious gems.

Following his death, Romans obliterated the Domus Aurea, as it was considered too extravagant and other structures, such as the Colosseum, were built over it.