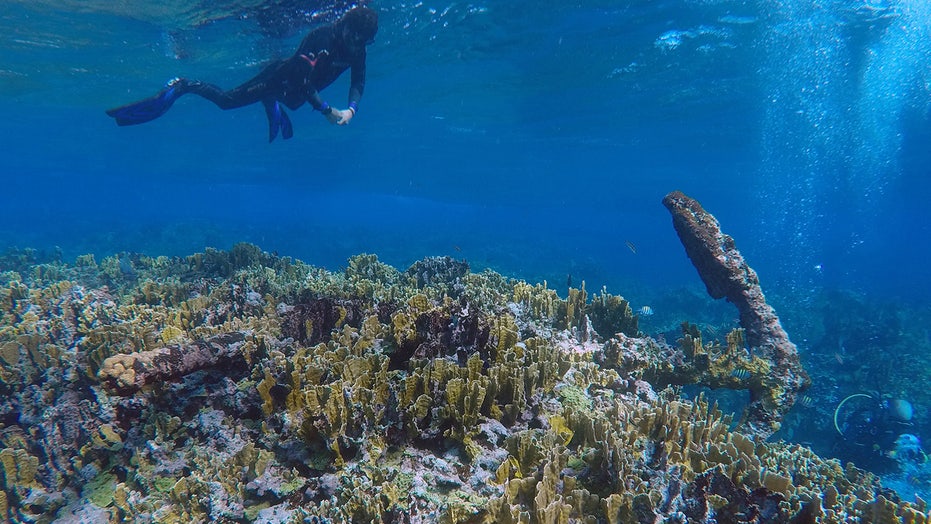 A mysterious 18th-century shipwreck off the coast of Mexico is revealing its secrets.

The ship has been dubbed the “Manuel Polanco” after the fisherman and diver who first located it on the treacherous Chinchorro Bank off the Yucatan Peninsula. In the 1990s, Polanco led Peter Tattersfield, an engineer and underwater archaeologist, to the remains of a ship that was known at that time as “El Ingles.”

Experts have recently been exploring the site in the waters of Quintana Roo. “The remains, an anchor, a cannon and cast-iron ballast, are believed to correspond to an English sailing ship from the late 18th or early 19th centuries,” explained Mexico’s National Institute of Anthropology and History (INAH) in a statement.

More research on the mysterious wreck will be undertaken after the coronavirus emergency, according to INAH.

Underwater archaeologists explore the remains of the shipwreck from more than 200 years ago. (Laura Carrillo. SAS-INAH.)

Archaeologists explain that the wreck is lying at a depth of between 6.5 and almost 10 feet of water. "It lies directly on the reef barrier where the ocean current is strong,” said Laura Carrillo Márquez, a researcher at Mexico’s Subdirectorate of Underwater Archeology (SAS) and head of the Banco Chinchorro Project, in the statement.

Little is left of the ship’s wooden hull. "Only the solid elements remain, incrusted into the reef,” Carillo explains in the statement.

Last year, a 19th-century shipwreck was discovered by accident in the Gulf of Mexico. The wreck was found by researchers testing underwater drone equipment.

A team from the National Oceanic and Atmospheric Administration (NOAA) aboard the exploration vessel Okeanos Explorer was testing the equipment when the wreck was spotted.