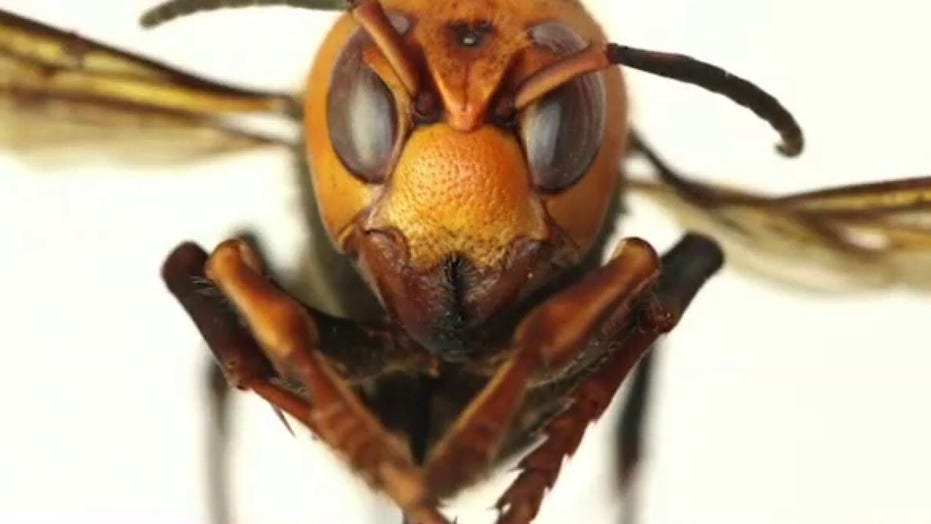 Panic over the news of the “murder hornet” in America will lead to damage to essential bee populations, experts warn.

The deadly insects from Asia were first spotted last weekend in Washington state. Measuring up to 2 inches long, the hornets have been known to wipe out bee colonies within hours. The hornet can kill up to 50 people a year in Japan, The New York Times reported.

Such reports have whipped up a national panic that may lead to more “needless” damage to those essential insect populations, the experts warned.

“Millions and millions of innocent native insects are going to die as a result of this,” Dr. Doug Yanega, a professor of entomology at the University of California, Riverside, told the Los Angeles Times. “Folks in China, Korea and Japan have lived side by side with these hornets for hundreds of years, and it has not caused the collapse of human society there. My colleagues in Japan, China and Korea are just rolling their eyes in disbelief at what kind of snowflakes we are.”

Following the initial hornet sightings on May 2, the Washington State Department of Agriculture issued instructions on how to trap the hornets, stressing that so far, the hornets have been sighted only within the state.

“There are no known sightings of Asian giant hornets anywhere else in the United States and trapping for them there will likely do more harm than good by catching native desirable insects. PLEASE DO NOT TRAP FOR ASIAN GIANT HORNETS IF YOU LIVE OUTSIDE OF WASHINGTON STATE,” the warning read.

The concern for bees has stemmed from their role in the general ecosystem: bees are responsible for pollinating approximately 75 percent of the fruits, nuts and vegetables grown in the United States, according to the U.S. Geological Survey.

Beekeepers across the country, such as in Kentucky and Tennessee, have announced plans to lay out traps for the murder hornets to protect their hives. The traps would use a mixture of orange juice and cooking wine to attract the hornets, but that bait could attract native bees and wasps as well.

Yanega said native insects were the only things these traps have been catching so far.

“I don’t want to downplay this — they are logistically dangerous insects. But, having people in Tennessee worry about this is just ridiculous,” Yanega added. “The only people who should be bothering experts with concerns about wasp IDs are living in the northwest quadrant of Washington (state). And really, right now, nobody else in the country should even be thinking about this stuff.”

Other experts agreed that the panic has been more dangerous than the hornets themselves.

Chris Looney of the Washington Agriculture Department warned Americans against overhyping the hornets. “The number of people who are stung and have to seek medical attention is incredibly small. The worry for beekeeping in Washington is based on a worst-case scenario that officials have to take seriously.”

University of Illinois entomologist May Berenbaum said of the worry: “People are afraid of the wrong thing. The scariest insects out there are mosquitoes. People don’t think twice about them. If anyone’s a murder insect, it would be a mosquito.”