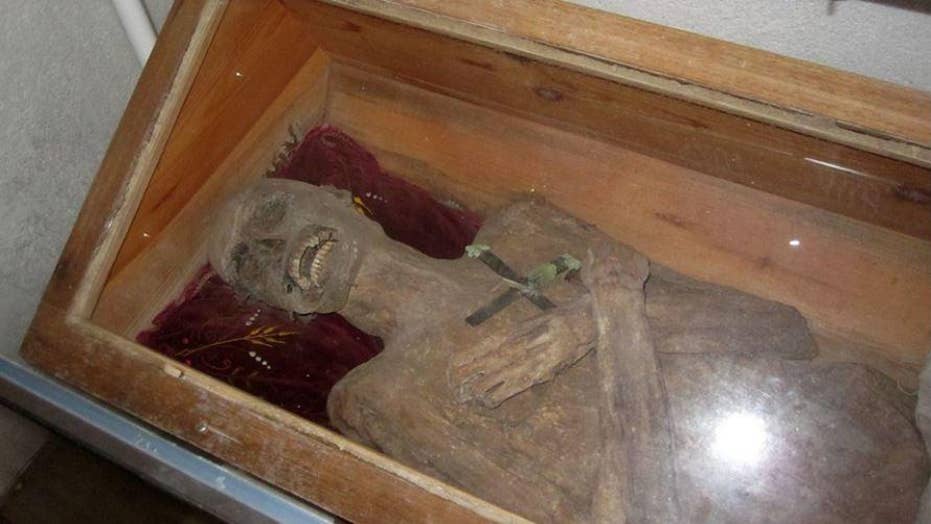 Mummy mystery solved: How the 300-year-old corpse of a lederhosen-clad priest ‘miraculously’ mummified itself.

Scientists have finally solved the mystery surrounding the mummified body of a 300-year-old lederhosen-wearing Austrian priest.

The corpse, which was given the nickname “Leather Franzy” by locals, caused a stir when it was found to have not decayed - despite being buried in 1746.

Now the experts have not only confirmed the identity of the priest, who lived in the district of St. Thomas am Blasenstein in Upper Austria, but also say that he was a heavy smoker.

Head pathologist Andreas Nerlich and forensic scientists Peter Hofer and Oliver Peschel of the University in Munich carried out a ten-month examination of the mummy.

The scientists say they now know the man was parish priest Franz Xaver Sydler von Rosenegg who lived from 1709 to 1746.

According to their findings, he died of tuberculosis and not of epilepsy as previously thought.

The team of experts said: "The mummy's right lung showed advanced tuberculosis and internal hemorrhage as the cause of death.

"The priest's corpse was stuffed with scraps of cloth, wood chips and branches.

"Then the deceased was buried in the crypt, where climatically suitable conditions ensured that the corpse mummified and didn't decompose."

A mysterious ball in his lower abdomen seen before on x-rays and suspected to have been a poisoning attempt turned out to be a glass bead used for handiwork and rosaries.

It is assumed the glass bead could have made its way into the body during the stuffing of the corpse.

The skin and bones findings indicated the priest was well nourished and did not have to work particularly hard but abrasions on his incisors indicated that he smoked a pipe over a long period of time.

Leather Franzy meanwhile is now back in his crypt for public viewing.