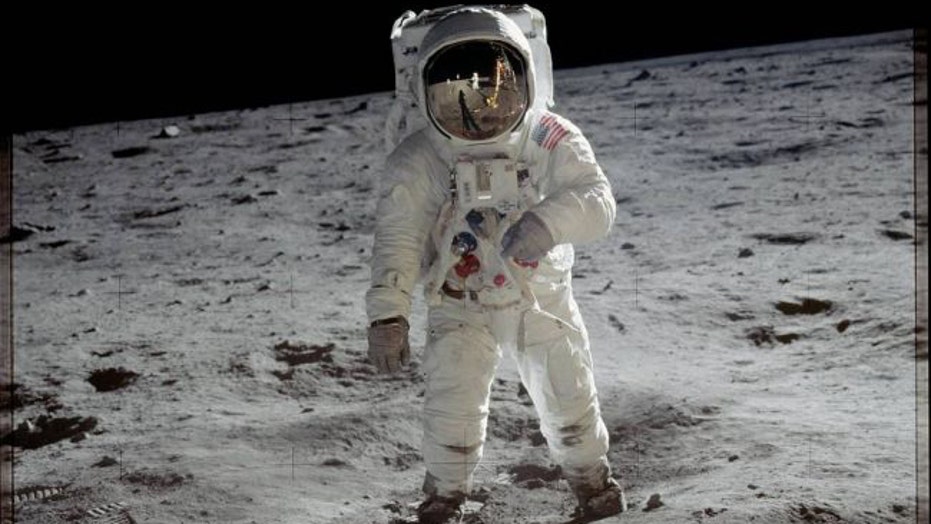 The Apollo missions have had a lasting legacy on space exploration, most notably the Apollo 11 mission, which saw humanity walk on the Moon for the first time.

But a new study extends the legacy of the Apollo missions into something much greater than walking on another celestial body — it suggests the Moon is far older than anyone thought.

Researchers analyzed the lunar rocks taken by the Apollo astronauts and they now believe the Moon is approximately 100 million years older than previously thought, having likely formed 50 million years after the solar system itself did, 4.56 billion years ago.

APOLLO ASTRONAUT REVEALS WHAT IT'S LIKE TO WALK ON THE MOON

"These rocks recorded information about the formation of the Moon, and can still be found today on the lunar surface," said the study's lead author, University of Cologne researcher Dr. Maxwell Thiemens, in a statement.

The study's co-author, Dr. Peter Sprung, added: "Such observations are not possible on Earth anymore, as our planet has been geologically active over time. The Moon thus provides a unique opportunity to study planetary evolution."

Some of the lunar rocks brought back have been studied before, but advancements in technology have made it possible to get more precise measurements.

One notable example was the discovery of three particularly rare elements found — hafnium, uranium and tungsten. These elements are radioactive and decay over time at a predictable rate, akin to a "natural radioactive clock." The researchers found that the decay of hafnium-182 (which turned into tungsten-182) only lasted for the first 70 million years of the solar system, thus concluding that the Moon started to solidify 50 million years after the solar system started to form.

This view of Earth rising over the moon's horizon was taken from the Apollo spacecraft. The lunar terrain pictured is in the area of Smyth's Sea on the nearside. Coordinates of the center of the terrain are 85 degrees east longitude and 3 degrees north latitude. While astronaut Neil A. Armstrong, commander; and Edwin E. Aldrin Jr., lunar module pilot, descended in the Lunar Module (LM) "Eagle" to explore the Sea of Tranquility region of the moon, astronaut Michael Collins remained with the Command and Service Modules (CSM) "Columbia" in lunar orbit. (Credit: NASA)

MYSTERIES OF THE MOON: WHAT WE STILL DON'T KNOW AFTER APOLLO

"By comparing the relative amounts of different elements in rocks that formed at different times, it is possible to learn how each sample is related to the lunar interior and the solidification of the magma ocean," one of the study's co-authors, Raúl Fonseca, added.

"This age information means that any giant impact had to occur before that time, which answers a fiercely debated question amongst the scientific community regarding when the Moon formed," Dr. Carsten Münker said.

NASA recently announced that many of the rocks which had not been previously analyzed would be given to researchers for further study, citing advancements in 21st-century technology.

The study was published in the scientific journal Nature Geoscience.