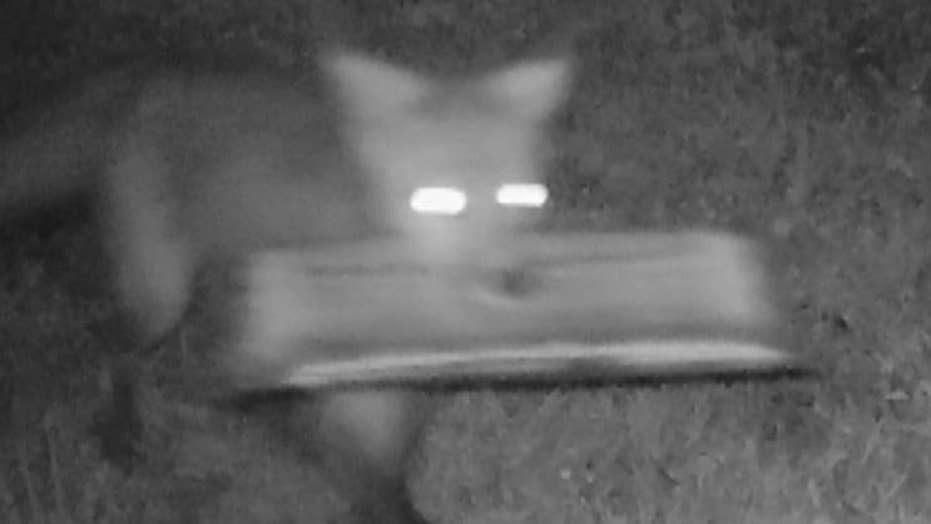 North Carolina foxes have been stealing newspapers, littering man's backyard with them.

A North Carolina man found a heap of newspapers in his backyard thanks to some mischievous foxes.

Earlier this month, James Eubanks woke to find a slew of newspapers in his backyard. Though baffled, he removed the papers and didn’t think much more of it.

BLACK BEAR SCAMPERS TO FREEDOM AFTER BEING CAUGHT INSIDE STORM DRAIN

But then, it happened again.

The following day, Eubanks told FOX8 that he found roughly nine Yellow Pages phone books. At that point, the Winston-Salem man decided to set up a night vision camera to catch the culprit.

Footage captured by Eubanks shows a group of foxes carrying the newspapers from his neighbors’ yards to his.

"It clearly shows him with a newspaper. I had no idea we were going to find foxes,” he told the news station.

Eubanks said that he thinks there are roughly three foxes that are stealing the papers.

“Without the pictures no one would believe it. I assure you," he added.