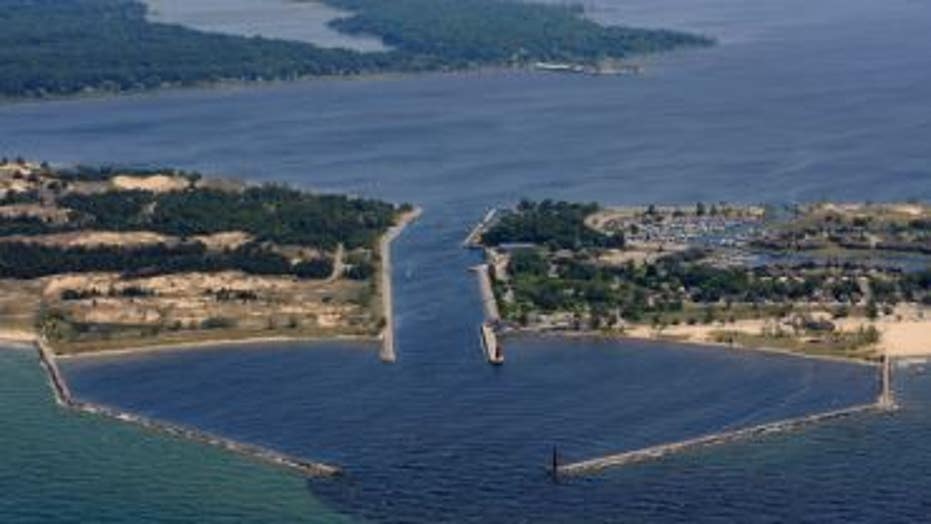 A sizeable chunk of shoreline was spotted by boaters this week in Michigan's Muskegon Lake that could be the result of record water levels and erosion.

The floating piece of vegetation was featured in an aerial drone video that shows a pontoon boat circling it.

"I've lived my whole life in the Muskegon area, and I've never seen anything like it," said Joe Gee, the photographer who captured footage of the islet.

The plants appear to not be typical shoreline vegetation like reeds, Alan D. Steinman, director of the Annis Water Resources Institute at Grand Valley State University, told the Detroit Free Press. The lake is adjacent to Lake Michigan in the western part of the state.

"I'm bewildered, to tell the truth," Steinman said. "I'd like to find it and get out on it, or close to it, to figure out the vegetation."

Water moves in all directions on Muskegon Lake, including out to Lake Michigan and the upper part of the water column from westerly winds, Steinman said.

High water can undermine a patch of plants and result in it being disconnected from the rest of the shoreline like a glacier, he told the newspaper. He noted the floating island could have come from somewhere else along the state's shoreline or from Lake Michigan, he said,