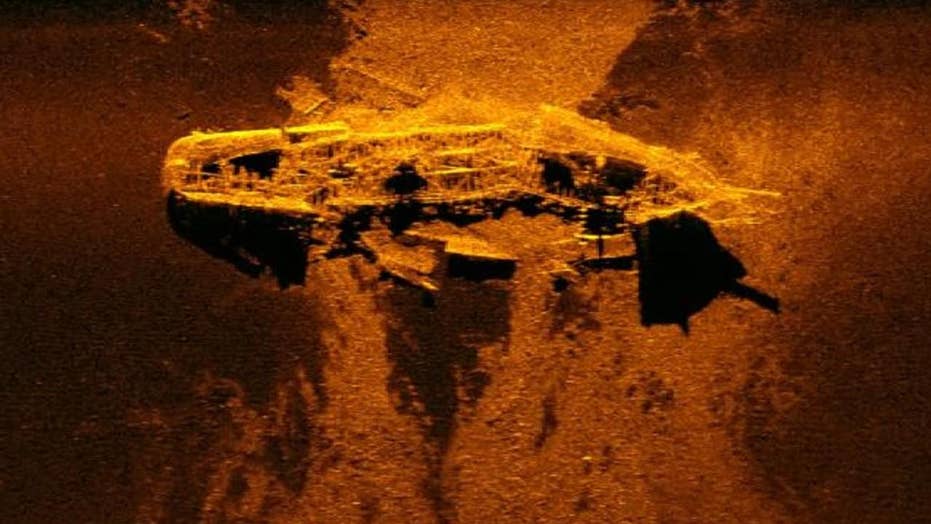 The search for Malaysia Airlines flight 370 has led to the discovery of two 19th-century shipwrecks in the Indian Ocean. The two ships discovered 1,429 miles off the coast of Western Australia have been identified as coal carrying merchant ships.

The search for Malaysia Airlines flight 370, which has been missing for more than four years, has led to the discovery of two 19th-century shipwrecks in the Indian Ocean.

Experts announced Thursday that two shipwrecks discovered 1,429 miles off the coast of Western Australia during the initial search for MH370 have been identified as coal-carrying merchant ships that sank during the 19th century.

Flight MH370 disappeared March 8, 2014, while en route from Kuala Lumpur, Malaysia, to Beijing with 239 people aboard. No transmissions were received from the aircraft after its first 38 minutes of flight, but it is believed to have crashed in the far southern Indian Ocean based on the drift patterns of crash debris that washed ashore on distant beaches.

The Australian Transport Safety Bureau (ATSB) asked the Western Australian Museum to study sonar and video data taken in international waters by the search vessels Fugro Equator and Havilah Harmony in May and December 2015.

Dr. Ross Anderson, Curator of Maritime Archaeology at the Museum, said that the wrecks were found at depths between 12,139 feet and 12,795 feet, approximately 22.4 miles apart. “We used a combination of all of the data supplied by ATSB, historical research and maritime archaeological analyses to determine both wrecks were in fact 19th Century merchant sailing ships – one wooden and one iron – both carrying coal,” he said, in a statement.

The wooden sailing ship would have been in the 225-800 ton range, according to Anderson. Analysis revealed that the ship’s hull and loose timbers appeared to have degraded, leaving only the vessel’s coal cargo and metal objects such as fastenings, anchors and fittings.

“Most of the material widely scattered on the seabed consists of the remains of the coal cargo that spilled out of the hull prior to it striking the seabed,” Anderson explained, in the statement. “The evidence points to the ship sinking as a result of a catastrophic event such as explosion, which was common in the transport of coal cargoes.”

File photo - In this March 31, 2014 file photo, the shadow of a Royal New Zealand Air Force P3 Orion is seen on low level cloud while the aircraft searches for missing Malaysia Airlines Flight MH370 in the southern Indian Ocean, near the coast of Western Australia. (AP Photo/Rob Griffith, File)

Trawling through the data gathered by the research vessels, experts also spotted a large rectangular metal object 19.7 feet in length, which was identified as the ship’s iron water tank.

In contrast, the second wreck discovered was relatively intact, lying upright on the seabed. Analysis of the sonar and video data revealed that it was an iron sailing ship with at least two decks, weighing between 1,000 and 1,500 tons. The Museum noted that deck rails and stanchions were visible on the bow, and portholes were visible on the stern.

The West Ridge went missing in 1883 during a voyage from Liverpool, U.K. to Bombay, India. Twenty-eight souls were lost as a result.

Historic wrecks have been making news recently. A massive World War II shipwreck, for example, was raised from the bottom of a harbor in Sri Lanka 75 years after the vessel was sunk following an attack by Japanese forces.

In March, the wreck of the USS Juneau, which was sunk by a Japanese torpedo with the loss 687 sailors in 1942, was discovered by billionaire Paul Allen’s crew.

Beachgoers in Florida recently discovered the “holy grail of shipwrecks” after the remains of an 18th -century ship washed up on Ponte Vedra Beach. Shipwreck hunters also say they've found the remains of a schooner that sank in Lake Michigan in 1873.

The hunt for the wreckage of MH370 continues. A new scan of the Indian Ocean floor for Malaysia Airlines Flight 370 has searched nearly 31,000 square miles since January 2018 without finding any sign of the wreckage. But Ocean Infinity, the American technology company looking for the plane, said it is still determined to find it.